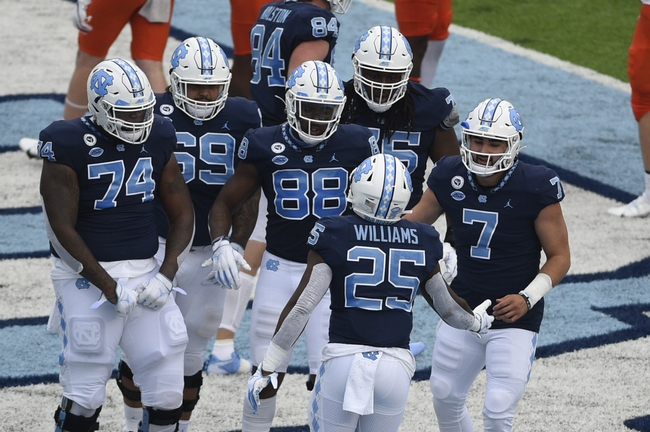 North Carolina is 3-0 so far this season. The Tar Heels have gotten victories in their first trio of outings versus Syracuse, Boston College and Virginia Tech. As for the Seminoles, they’re sitting at 1-3 this year. Florida State has a win over Jacksonville State but otherwise has fallen to Georgia Tech, Miami and Notre Dame. Check back all season long for free college football picks and college football predictions at Sports Chat Place.

The Tar Heels don’t have much to complain about this season; it’s been a pretty good effort so far. North Carolina blew past Syracuse 31-6 in the opener and shook off a pesky Boston College team 26-22. Last weekend, the Tar Heels logged another impressive win, this one versus Virginia Tech 56-45.

In the win over the Hokies, North Carolina QB Sam Howell logged 257 yards with three touchdowns, and got a huge boost from the running game. Michael Carter rushed 17 times for 214 yards and two scores, while Javonte Williams had 20 carries for 169 yards and two TDs. Dyami Brown added three catches for 86 yards and two scores of his own.

Over on the Seminoles’ side, it’s been a pretty frustrating season against some tough opponents so far. Florida State fell 16-13 to Georgia Tech in the opener, then got blasted by Miami 52-10. The 41-24 win over Jacksonville State was a nice respite from the loss column, but a 42-26 loss in a Notre Dame road trip dropped Florida State to 1-3 so far.

In the loss to the Irish, Florida State QB Jordan Travis did most of the work on 204 yards passing with one TD and one INT. Travis also led the rush with 96 yards and a touchdown, while Tamorrion Terry led the receivers on nine grabs for 146 yards and a score.

PICK: I’m going to stick with the Tar Heels in this one. Florida State has shown some flashes of being a quality team this year, but they’ve had some tough matchups in the early-going. The Seminoles even had a 17-14 lead on Notre Dame at one point, but it evaporated fairly quickly. In any case, North Carolina should have enough offensive firepower to keep the Seminoles at bay in this one. I like the Tar Heels to pull away in the second half and move to 4-0 on the year in a solid win. 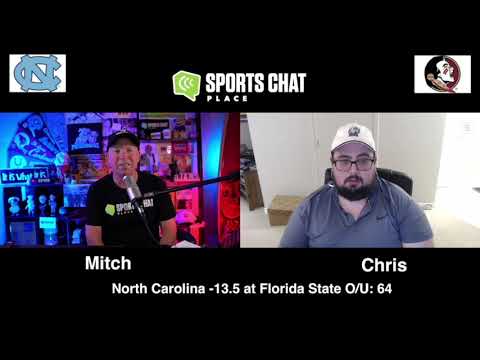