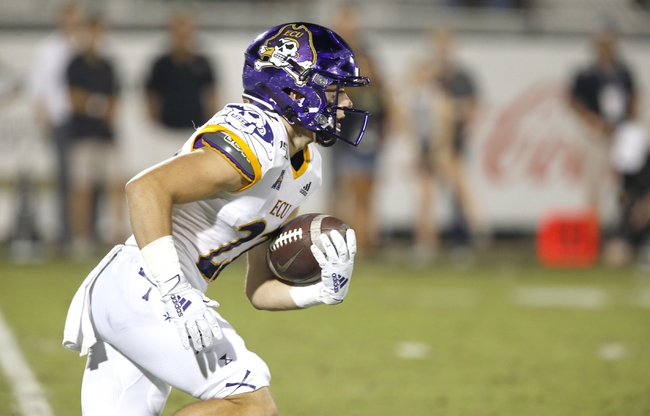 The Navy Midshipmen have a history of beating the hell out of East Carolina, and that includes a 32-point beatdown last year where they rushed for over 300 yards. Navy is coming off a big win over Temple last week, a victory that should kind of provide confidence moving forward. The East Carolina Pirates are coming off a nice road win over USF, but they're also one of the worst defensive teams in college football through three games. With a tricky and tough to defend triple-option offense, I don't like this matchup for ECU, especially knowing the history between these clubs.

I'll lay the small chalk with Navy on the road.