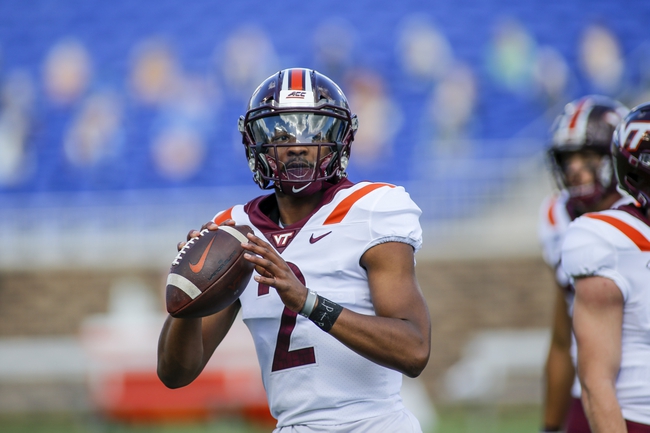 Boston College is coming into this game at 3-1 on the 2020 season. The Eagles lost versus North Carolina, but otherwise they’ve recorded wins over Duke, Texas State and Pittsburgh. As for the Hokies, they’re 2-1 this year. Virginia Tech won versus NC State and Duke, but fell to Nroth Carolina 56-45 last weekend. Check back all season long for free college football picks and college football predictions at Sports Chat Place.

The Eagles have been cutting it close over their last few games. Boston College opened with a dominant 26-6 win over Duke, then eked by Texas State 24-21. The 26-22 loss versus North Carolina followed, and it took overtime for the Eagles to outlast Pittsburgh 31-30.

In the win over the Panthers, Boston College quarterback Phil Jurkovec managed 358 yards and three touchdowns on 19-of-35 passing, and both David Bailey and Pat Garwo had 36 rush yards. Zay Flowers was tops in the receiving game for the Eagles with his six receptions for 162 yards and three scores.

Over on the Virginia Tech side, they’ve been able to put up a ton of points this season, but they’re also allowing a ton on the other side. The Hokies beat NC State 45-24 in their opener, and cut it a little closer versus Duke 38-31 in game two. Virginia Tech’s issues were magnified versus a good North Carolina team in a 56-45 loss last weekend.

In the loss to the Tar Heels, Virginia Tech quarterback Hendon Hooker posted 136 yards and two touchdowns, while Khalil Herbert led the rush on 18 carries for 138 yards and two scores. Tops in the receiving game for the Hokies was James Mitchell on four catches for 103 yards and a TD of his own.

PICK: I’m going Virginia Tech here, but probably staying away in reality. On paper, this one looks like a high-scoring, close game that will likely come down to a few key plays in the second half. Both Virginia Tech and Boston College have shown great offensive capabilities so far this season, and they’ve both also coughed up a ton of points in their limited action so far this year. I think the Hokies can outlast the Eagles and withstand a few offensive punches as long as their own scoring unit can keep up. Should be a pretty great game. 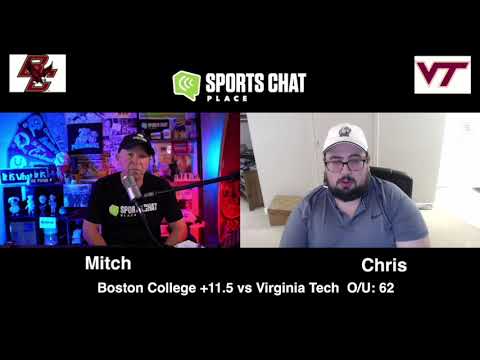