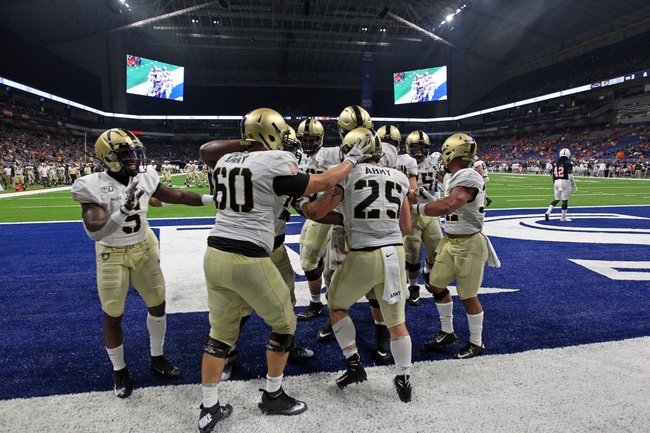 The Army Black Knights and the UTSA Roadrunners meet Saturday in college football action from the Alamodome.

Army comes into this one at 4-1 this year. The Black Knights’ only loss so far came versus Cincinnati, and since then Army has taken out Abilene Christina and the Citadel. As for UTSA, they’re sitting at 3-2 this season so far. The Roadrunners started off with a three-game win streak but have fallen in their last two games to UAB and BYU. Check back all season long for free college football picks and college football predictions at Sports Chat Place.

Army displayed some potent offensive muscle versus lesser teams in their first few wins. The Black Knights posted 134 combined points versus Middle Tennessee, UL Monroe and Abilene Christian. The other two games have been tougher: Army posted a 24-10 loss to the Bearcats and barely eked by the Citadel 14-9.

In the win over the Bulldogs, Army quarterback Jemel Jones did most of the heavy lifting with a team-high 49 yards and a TD rushing along with 75 pass yards with a touchdown and two interceptions. Leading the receivers for the Knights in that one was Reikan Donaldson who had two grabs for 39 yards and a score of his own.

Over on the Roadrunners’ side, they stormed out of the gate offensively by putting up a combined 112 points in their first three games—all of them victories. UTSA hasn’t been able to put it together in their last two outings however, falling 21-13 to UAB and 27-20 to BYU.

In the loss to the Cougars, UTSA quarterback Lowell Narcisse managed 229 yards with two touchdowns, with Zakhari Franklin posting seven catches for 79 yards and a touchdown. Tops in rushing for the Roadrunners in that one was Sincere McCormick with 11 carries for 42 yards total.

PICK: I’m going Army here. Sure, UTSA hung in there strong against a good BYU team and nearly staged a late comeback in their last game. The Roadrunners also gave up an awful lot of rushing yards (178 with two scores) and passing plays in general (292 yards with two touchdowns). If the Black Knights can start generating some offense and find a good rhythm, I think they’ll be effective against the UTSA defense and be able to bang out a cover.