The Ole Miss Rebels and the Arkansas Razorbacks meet in SEC college football action from Razorback Stadium on Saturday afternoon.

The Ole Miss Rebels come into this game looking to bounce back from a 1-2 start to the year after a 63-48 loss to Alabama last time out. Matt Corral has thrown for 1,080 yards, 9 touchdowns and an interception on 76.1% passing while Jerrion Ealy leads the Rebels in rushing with 243 rushing yards and 4 touchdowns. Snoop Conner also has 179 rushing yards and 4 scores while the aforementioned Corral has 141 rushing yards. Elijah Moore leads Ole Miss with 31 catches for 462 yards while Kenny Yeboah has 15 grabs for 355 yards and 4 scores. Jonathan Mingo has 139 receiving yards as well this season for Ole Miss. Keidron Smith has 25 total tackles including a team-high 18 solo tackles while Jaylon Jones has 22 total tackles including 15 solo tackles. Sam Williams has also accounted for half of Ole Miss’ sacks this season.

The Arkansas Razorbacks will look to rebound from a 30-28 loss to the Auburn Tigers in their last game. Feleipe Franks has thrown for 730 yards, 7 touchdowns and a pair of interceptions on 64.9% passing while Trelon Smith has 167 rushing yards. De’Vion Wraren has 223 receiving yards to lead Arkansas in that regard with 3 touchdown grabs as well while Mike Woods, the previously mentioned Trelon Smith and Treylon Burks all have 100+ receiving yards. Defensively, Jalen Catalon and Bumper Pool each have 36 total tackles with Catalon producing 26 solo tackles this year.

This is a hard one to call, as you have an Ole Miss team who has had a combined 280 points in their first three games, against an Arkansas team that struggles to score, but I’m sure almost any team could reasonably put up 35-40 on this Ole Miss defensive unit. Arkansas’ effort against Auburn was encouraging but I’m still worried about Arkansas’ efforts in the long term. Arkansas may be 3-0 ATS this season, but all three covers came as double-digit dogs. Even on the road, I have to trust the more consistent offense and that’s Ole Miss. I’ll lay the points with the Rebels here. 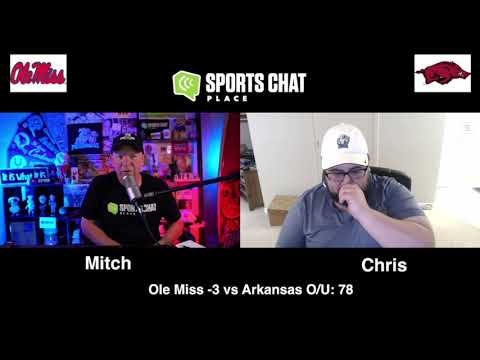