The Auburn Tigers and the South Carolina Gamecocks meet in SEC college football action from Williams-Brice Stadium on Saturday.

The Auburn Tigers will look to build on their 2-1 record after narrowly escaping with a 30-28 win over Arkansas last time out. Bo Nix has thrown for 597 yards, 4 touchdowns and an interception on 56.6% passing while Tarik Bigsby has a team-high 192 rushing yards. Seth Williams leads Auburn with 216 receiving yards while Anthony Schwartz has a team-high 21 catches for 197 yards. Defensively, Zakoby McClain leads the Tigers with 32 total tackles and a team-high 19 solo tackles while Owen Pappoe has a pair of sacks.

The South Carolina Gamecocks will look to build on their first win of the season coming in the form of a 41-7 win over Vanderbilt last time out. Collin Hill’s thrown for 698 yards, 3 touchdowns and an interception on 62.7% passing while Kevin Harris has rushed for 326 yards and 4 touchdowns. Shi Smith has a team-high 26 grabs for 271 yards and a pair of TDs while Nick Muse and Xavier Legette each have 100+ receiving yards this season. Defensively, Ernest Jones leads the Gamecocks with 29 total tackles, including 16 solo tackles while Kingsley Enagbare had a team-high 3 sacks.

I can see why the line with Auburn is tempting with the Tigers against the Gamecocks, as South Carolina’s win was against a Vanderbilt team that hasn’t been much of anything up to this point in the season. However, Auburn scraped by against Arkansas, got beat up by Georgia and the win over Kentucky wasn’t as dominant as the score line would suggest. South Carolina narrowly fell to Tennessee in the opener and held their own against Florida, so I can see the Gamecocks giving the Tigers a run, potentially winning this game outright as well. I’ll take my shot with South Carolina and the free field goal here. 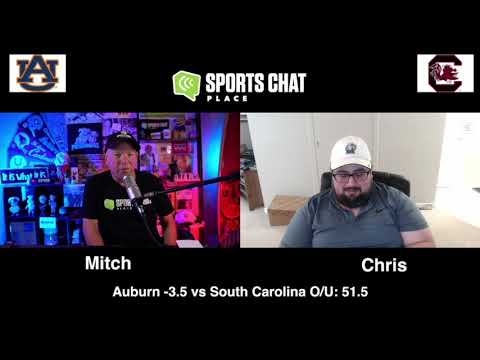