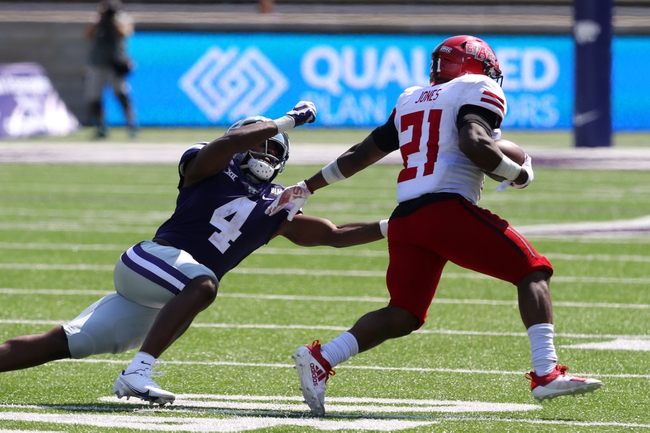 The Arkansas State Red Wolves come into this game looking to build on back-to-back wins and a 3-2 record after a 59-52 win over Georgia State in their last game. Logan Bonner has thrown for 938 yards, 11 touchdowns and 3 interceptions on 63.9% passing while Layne Hatcher has split the time under center with 896 yards passing, 10 touchdowns and an interception on 63.3% passing. Jamal Jones has a team-high 243 rushing yards and Lincoln Pare isn’t far off for A-State’s backfield with 179 rushing yards. Jonathan Adams Jr. leads Arkansas State with 41 catches for 439 yards and 7 touchdowns while Dahu Green has 25 receptions for 419 yards and 5 scores. Brandon Bowling has 20 grabs for 274 yards and 4 scores, while Corey Rucker, Roshauud Paul, Reed Taylor and Giles Amos each have 100+ receiving yards and a touchdown for the Red Wolves this season. Defensively, Justin Rice leads the Red Wolves with 34 total tackles including a team-high 28 solo tackles and 4 sacks. Elery Alexander has 32 total tackles and 25 solo tackles as well for A-State this year.

The Appalachian State Mountaineers come into this one looking to build off of a 52-21 win over Campbell in their last game to climb to 2-1 on the year. Zac Thomas has thrown for 603 yards, two touchdowns and two interceptions on 62.3% passing while Daetrich Harrington has 301 rushing yards and 6 touchdowns. Cameron Peoples, Nate Noel and Marcus Williams Jr. each have 100+ rushing yards and a score for the Mountaineers. Thomas Hennigan leads App State’s receiving group with 13 grabs for 275 yards and a touchdown while Trey Cobb leads the Mountaineer defense with 27 total tackles and 8 solo tackles.

App State comes in as the far more rested team here and the Mountaineers are still one of the Sun Belt’s best, but I’m concerned about the amount of rest App State’s had, having not played a game in almost four weeks. Arkansas State may not be a world-beater on defense, but the Red Wolves just hung 59 points on Georgia State and have been really good ATS, going 4-1 ATS on the year while App State’s gone 0-3 ATS so far this year in comparison. I’ll take my chance with Arkansas State and the points as the Red Wolves could potentially catch Appalachian State slipping here.