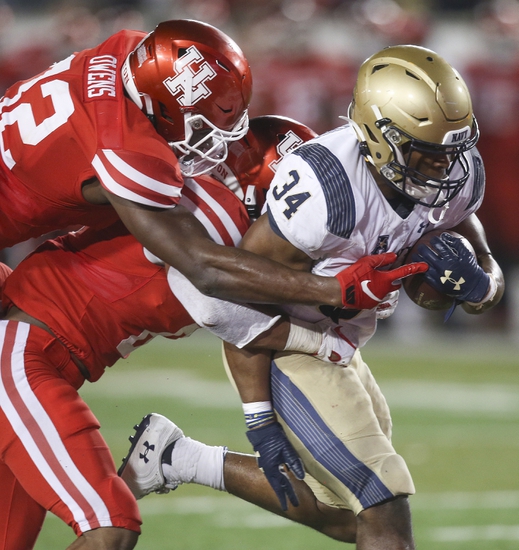 Houston enters this one at 1-1 on the year. The Cougars managed a win over Tulane when they finally were able to take the field again, but then fell to BYU last Friday. As for Navy, they’re sitting at 3-2 this year. The Midshipmen have losses to BYU and Air Force, but otherwise have taken out Tulane, Temple and East Carolina. Check back all season long for free college football picks at Sports Chat Place.

Houston suffered through a few postponed games before they were able to get onto the field this year. The Cougars posted a high-flying win 49-31 over Tulane in their opener, but couldn’t handle BYU in a 43-26 loss back on Friday.

In the loss to BYU, Houston quarterback Clayton Tune posted 310 yards with two touchdowns, and Kyle Porter had 20 carries for 94 yards to lead the rushing attack. Tops in receiving for Houston in that one was Christian Trahan with three grabs for 69 yards and a score.

In the win over East Carolina, Navy quarterback Dalen Morris had 30 yards and a pick after throwing just four passes. Most of the offensive damage came on the ground for the Midshipmen in that one, with Nelson Smith (17 carries; 157 yards; two TDs) and Jamale Carothers (18 carries; 82 yards; one TD) doing most of the heavy lifting.

PICK: I’m going to stick with Houston here. We pretty much know what we’re getting with Navy; lots of different looks in the ground attack and very few traditional upfield strikes. When the running game isn’t working and the Midshipmen have to pass, it doesn’t generally work well. If Houston can keep things manageable on the defensive side I think they’ve got enough strength offensively to power out a cover here.