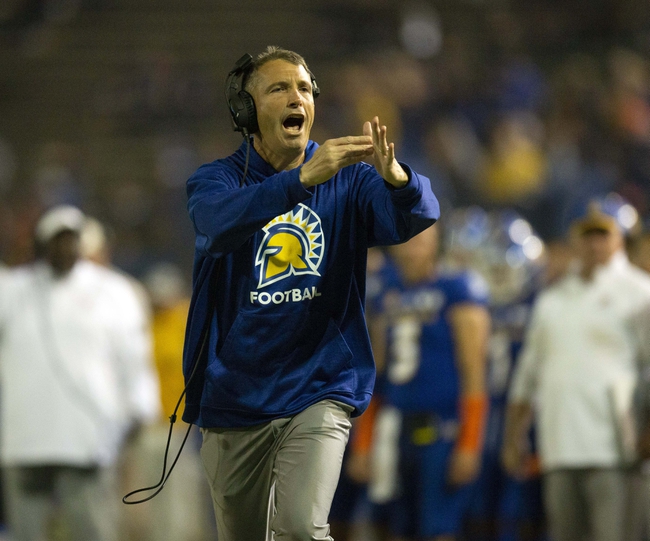 Air Force has already seen action in this 2020 college football season, bagging a 40-7 win over Navy on October 3 to start 1-0. As for San Jose State, this will be their first game of the year. The Spartans went 5-7 last season with a 2-6 record in the Mountain West Conference. Check back all season long for free college football picks and college football predictions at Sports Chat Place.

Air Force is coming off a successful campaign in 2019, finishing 11-2 overall and 7-1 in Mountain West Conference play. That finish left the Falcons in second place in the Mountain Division, but they earned a spot in the Cheez-It Bowl. Air Force got the win in that one 31-21 over Washington State to finish the season on a high note.

This year, Air Force has a big 40-7 win over Navy. Falcons quarterback Haaziq Daniels put up 41 yards passing in that one, also rushing for 96 yards and a TD. Timothy Jackson and Brad Roberts combined for 221 rush yards and a score on 29 carries in the win as well.

Over on the San Jose State side, they finished 5-7 overall and 2-6 in Mountain West Conference play last year. That finish left the Spartans two spots out of the basement in the West Division and ineligible for a bowl berth—though it was an improvement over 2018.

PICK: I’m going with Air Force. Granted, it’s been a few weeks since we’ve seen the Falcons play, but they posted a nice effort in their opening game versus Navy. Air Force bagged four field goals (tied for a school record) in the 40-7 win, and relied on great results from the new-look defense to carry the team the rest of the way. I like the Falcons to take a step forward this year, and this is a good matchup for them to return to.