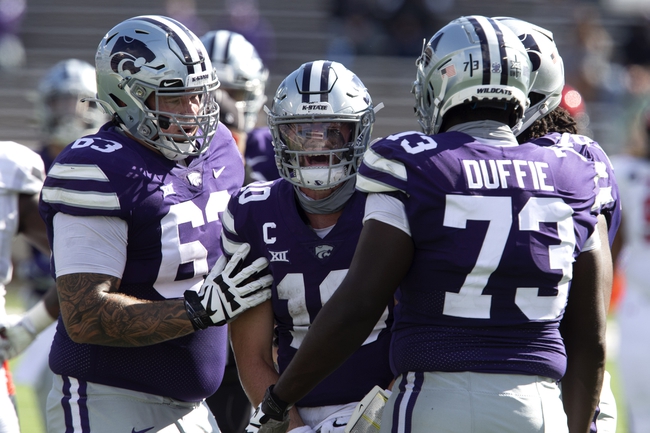 Kansas is once again not a good football team and the Jayhawks struggles both SU and ATS on the road over the years is well documented. Kansas State has had an impressive three-week stretch, which includes wins over a ranked Oklahoma and beating TCU on the road. The Kansas Jayhawks are 3-5-1 against the spread in their last nine games as a double-digit underdog. The Kansas State Wildcats are 3-6 against the spread in their last nine games when a double-digit favorite. While the history and numbers indicate a comfortable win for Kansas State, the Wildcats aren't exactly known to blow the doors off the competition. This is also a rivalry game and two of the last three meetings were decided by 10 or less points. This is a lot of points.

Don't love it, but give me the Jayhawks.