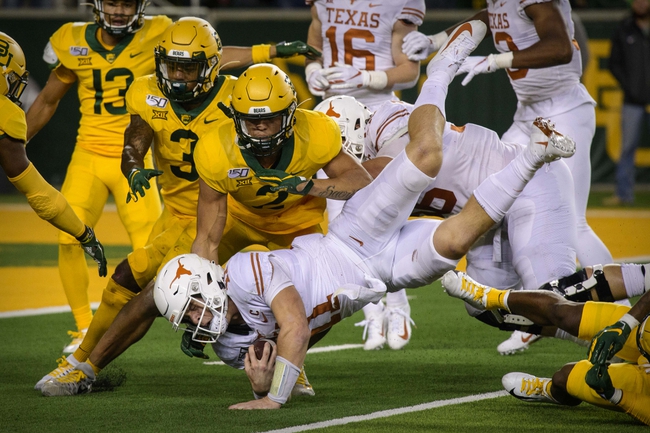 The Baylor Bears look for their first road win of the season to get a game above a .500 record. The Baylor Bears have won five of their last six road games. Charlie Brewer is completing 62.3 percent of his passes for 371 yards, four touchdowns and two interceptions. Brewer has one or less touchdown passes in five of his last six games. R.J. Sneed and Trestan Ebner have combined for 169 receiving yards and two touchdowns while Josh Fleeks has seven receptions. The Baylor Bears ground game is averaging 115 yards per contest, and John Lovett leads the way with 101 yards and one touchdown. Defensively, Baylor is allowing 20.5 points and 336.5 yards per game. Terrel Bernard leads the Baylor Bears with 21 tackles, William Bradley-King has 1.5 sacks and JT Woods has one interception.

The Texas Longhorns need a bounce back performance here to get a game above a .500 record. The Texas Longhorns have won five of their last six home games. Sam Ehlinger is completing 61.1 percent of his passes for 1,211 yards, 16 touchdowns and four interceptions. Ehlinger has three or more touchdown passes in five of his last eight games. Joshua Moore and Brennan Eagles have combined for 435 receiving yards and eight touchdowns while Brenden Schooler has 10 receptions. The Texas Longhorns ground game is averaging 178.7 yards per contest, and Ehlinger leads the way with 242 yards and five touchdowns. Defensively, Texas is allowing 36.3 points and 400.3 yards per game. Joseph Ossai leads the Texas Longhorns with 31 tackles, Marcus Tillman Jr. has one sack and DeMarvion Overshown has one interception.

It's hard to get a proper read on Baylor when you consider the Bears have played just two games this season and the constant postponed games make it tough for them to find a rhythm. Texas will play its first game since coming up short against Oklahoma in four overtimes, and while there's lots of talent on this club, the questionable at best defense makes it tough to lay any serious chalk with the Longhorns. Baylor has the offensive horses to give Texas some issues, and Baylor also won the last meeting when these clubs met less than a year ago. This is a lot of points to pass up.

Give me Baylor and the points. 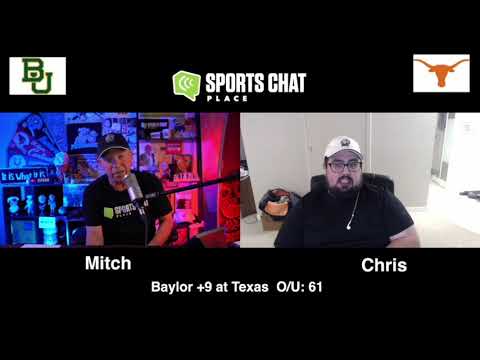