This will the the first weekend of activity in the Big Ten Conference this season, and it will be the first game of the 2020 campaign for both Rutgers and Michigan State. The Scarlet Knights had a rough season in 2019, finishing 2-10 overall. As for the Spartans, they fared better with a 7-6 overall record and a Pinstripe Bowl victory over Wake Forest. Check back all season long for free college football picks at Sports Chat Place.

The Scarlet Knights started out the 2019 season with a win over UMass, then promptly went on a 1-10 run to close out the year. Rutgers was 0-9 in Big Ten play, and none of their losses was close. the Knights’ only other win came against Liberty on October 26, a 44-34 affair.

Rutgers will hope to turn their fortunes around in 2020, as head coach Greg Schiano returns for the first season of his second stint with the team, his 13th overall on the Knights sideline. Offensive coordinator Sean Gleeson will be in his first year with the team, and defensive coordinator Robb Smith enters the first year of his second stint; his fifth overall with Rutgers.

Over on the Spartans’ side, they finished 7-6 overall last season and 4-5 in the Big Ten Conference. That finish left Michigan State in fifth place in the East Division but was good enough for a berth in the Pinstripe Bowl. The Spartans took that one 27-21 over Wake Forest.

In 2020, Michigan State will go on without coach Mark Dantonio, who resigned early this year. Taking over head coach duties will be Mel Tucker alongside offensive coordinator Jay Johnson and defensive coordinator Scottie Hazelton. They’ll have several key slots to fill with new faces this season, including departed QB Brian Lewerke and wide receiver Cody White.

PICK: I’m going Michigan State. Sure, it’s been a strange offseason and no one quite knows what to expect, but Tucker seems to have his priorities in order. Tucker has surrounded himself with a competent coaching staff, and that will be helpful in finding talent to replace the production (specifically at WR/TE) lost from last season. The Spartans are a young team overall and could be major players in the Big Ten within a couple of years. 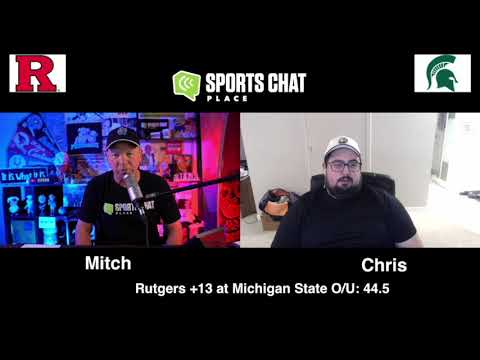