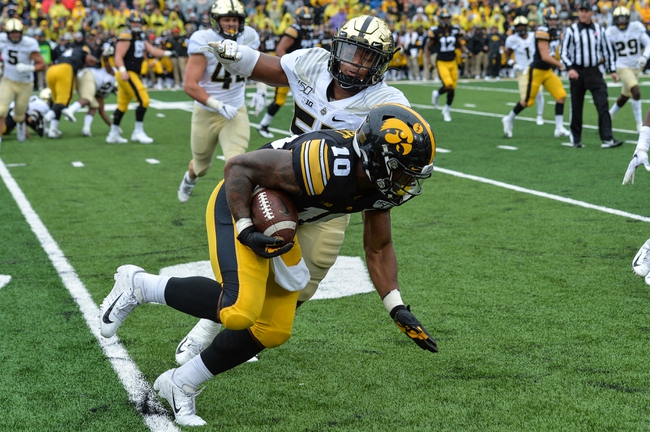 The Iowa Hawkeyes are coming off a 10-win season and have won six of their last seven games overall. The Iowa Hawkeyes have won three of their last five road games. Spencer Petras will takeover at quarterback, and he had 10 pass attempts last season. While Iowa is breaking in a new quarterback, the Hawkeyes have one of the better receiving corps in the country in Ihmir Smith-Marsette, Tyrone Tracy Jr. and Brandon Smith, a trio that combined for 13 receiving touchdowns. Tyler Goodson returns at running back after topping 600 yards and five touchdowns as a freshman. Defensively, Jack Koerner returns after 81 tackles with Iowa, Joe Evans had four sacks and Riley Moss had two interceptions. Iowa is going to be a factor in the Big Ten this season, a lot just comes down to how Petras performs at quarterback in his first season as a starter.

The Purdue Boilermakers are coming off a four-win season and have lost four of their last six games overall. The Purdue Boilermakers have lost four of their last six home games. Jack Plummer returns at quarterback after 1,600 yards and 11 touchdowns as a freshman. King Doerue led Purdue with 451 rushing yards and five touchdowns as a freshman and David Bell is coming off a 1,000 receiving yard season with seven touchdowns. Rondale Moore is a playmaking receiver who finished with nearly 400 receiving yards in just four games last season. Bottom line is Purdue is stacked offensively and that makes them a serious X-factor in the Big Ten this season. Defensively, Derrick Barnes returns after 63 tackles, George Karlaftis had 7.5 sacks and Cory Trice had three interceptions.

No matter who plays for Iowa year after year, you know you're going to get a well coached team that doesn't beat itself and is solid in the trenches. Iowa is consistent and usually makes bettors happy longterm. The Purdue Boilermakers have struggled with consistency over the years and kind of need to prove themselves to gain bettors trust. With that said, Purdue is a team on the rise and had a successful season last year despite so many injuries. We backed Purdue a lot last season and they hung tough even in losses. A lot of those young playmakers are back with a year of experience and Purdue is built to seriously surprise some folks this year.

I'm high on Purdue this season as a sneaky contender in the Big Ten West. I want the points here. 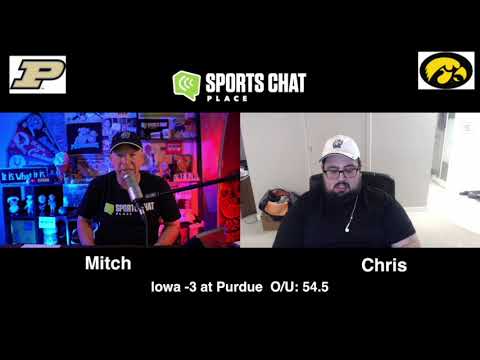