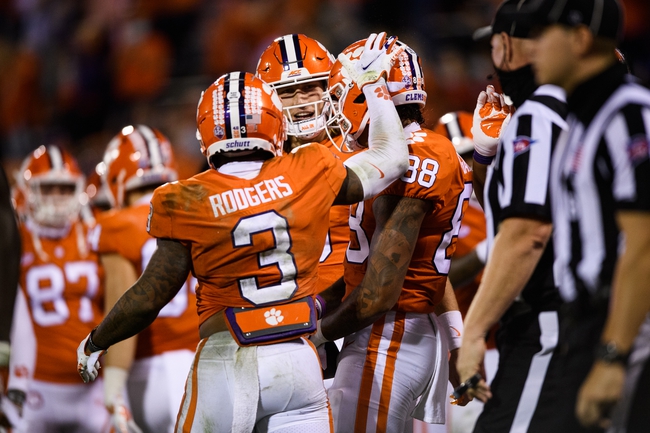 The Syracuse Orange and the Clemson Tigers meet Saturday in ACC college football action from the Carrier Dome.

Syracuse enters this matchup at 1-4 so far. The Orange got a win over Georgia Tech, but otherwise have fallen to North Carolina, Pittsburgh, Duke and Liberty. As for the Tigers, they’re sitting at 5-0. Clemson has stormed through Wake Forest, the Citadel, Virginia, Miami and Georgia Tech in succession. Check back all season long for free college football picks at Sports Chat Place.

Syracuse came out of the gate this year with a couple of tough games, falling 31-6 to North Carolina and 21-10 to Pitt. The Orange had a nice 37-20 win over a tricky Georgia Tech team for their sole victory thus far, but then fell 38-24 to Duke and 38-21 to Liberty in the next pair.

In the loss to Liberty, Syracuse quarterback Rex Culpepper posted 211 yards with three touchdowns and one interception. Sean Tucker led the running game for the Orange with 21 carries for 111 yards, and Taj Harris snagged nine receptions for 96 yards and a TD.

Over on the Clemson side, there’s not much to complain about over the team’s first five games. The Tigers have rattled off victories versus Wake Forest 37-13, the Citadel 49-0, Virginia 41-23, Miami 42-17 and Georgia Tech by a whopping 73-7.

In the win over the Jackets, Clemson quarterback Trevor Lawrence logged 404 yards, five touchdowns and one interception. Travis Etienne led the rush with 44 yards and a score off 11 carries, and Amari Rodgers hauled in six balls for 161 yards and two TDs.

PICK: I’m going to stick with Clemson. The line on this game is going to be ridiculously thick pretty much everywhere, especially after the Tigers’ 66-point victory last game. The Orange have been decent when it comes to scoring points so far this year, but they’ve had some issues against the tougher teams. Clemson certainly qualifies as one of those top-tier squads and I don’t think Syracuse will get close here—even in relative terms. 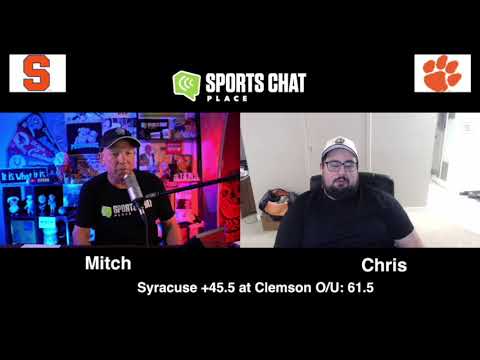