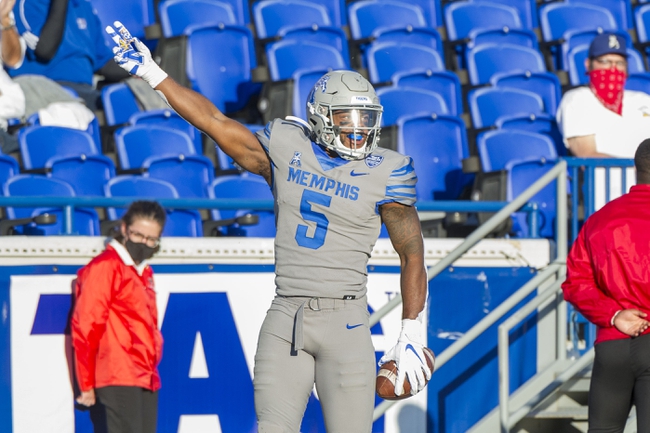 The Temple Owls look for their first road win while getting a game above a .500 record. The Temple Owls have lost four of their last six road games. Anthony Russo is completing 70.8 percent of his passes for 476 yards, five touchdowns and three interceptions. Russo has one or less touchdown passes in five of his last nine games. Randle Jones and Branden Mack have combined for 238 receiving yards and three touchdowns while David Martin-Robinson has eight receptions. The Temple Owls ground game is averaging 154 yards per contest, and Re'Mahn Davis leads the way with 180 yards and one touchdown. Defensively, Temple is allowing 34 points and 311.5 yards per game. Isaiah Graham-Mobley leads the Temple Owls with 19 tackles, George Reid has one sack and Arnold Ebiketie has two forced fumbles.

The Memphis Tigers look for their third home win to improve to 3-1 on the CFB season. The Memphis Tigers haven’t lost a home game since October of 2018. Brady White is completing 69.8 percent of his passes for 1,062 yards, 13 touchdowns and three interceptions. White has three or more touchdown passes in six of his last 11 games. Sean Dykes and Calvin Austin III have combined for 519 receiving yards and eight touchdowns while Damonte Coxie has 16 receptions. The Memphis Tigers ground game is averaging 214.6 yards per contest, and Rodrigues Clark leads the way with 315 yards and one touchdown. Defensively, Memphis is allowing 34.3 points and 590.3 yards per game. Quindell Johnson leads the Memphis Tigers with 26 tackles, Morris Joseph has two sacks and Xavier Cullens has one interception.

Temple has only played two games this season, but the Owls have been impressive offensively and the defense will start to come along with more reps. Memphis is a scoring machine and a club capable of winning the AAC, but this is a bit of a trap game after making a big comeback to beat UCF last night and having a top-10 Cincinnati team on deck next week. Heck, this could be a letdown game overall as UCF had a 91.7 percent winning percentage with less than two minutes to play. Temple is also 14-7 against the spread in its last 21 games as a double-digit underdog.

I want the points with Temple in this game.