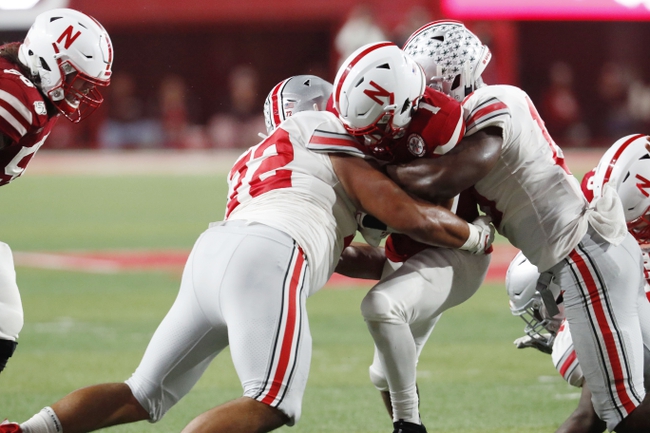 The Nebraska Cornhuskers look to start the year with a statement win after losing five of their last six games. The Nebraska Cornhuskers have lost three of their last five road games. Adrian Martinez returns at quarterback after throwing for nearly 2,000 yards and 10 touchdowns and rushing for over 600 yards and seven touchdowns. Nebraska also has some reliable offensive weapons in receivers Wan'Dale Robinson and Jack Stoll, a duo that combined for over 600 yards and three touchdowns. Dedrick Mills returns as the Nebraska’s leading rusher with 745 yards and 10 touchdowns as a junior. Defensively, Will Honas returns after 72 tackles last season, Ben Stille had three sacks and Cam Taylor-Britt had three interceptions. If Martinez does a better job of taking care of the football and finally turning the corner as a complete quarterback, Nebraska could be a legit dark horse in the Big Ten this season.

The Ohio State Buckeyes are coming off a 13-win season that ended in the CFB Semifinal. The Ohio State Buckeyes haven’t lost a home game since September of 2017. Justin Fields is back as a Heisman contending quarterback who topped 3,200 passing yards and 41 touchdowns last season. Ohio State will get a boost in the backfield in Oklahoma transfer Trey Sermon, and leading receiver Chris Olave is back after leading the Buckeyes with 849 receiving yards and 12 touchdowns. Defensively, Ohio State only returns three starters, but that includes Pete Werner, who had 64 tackles, Baron Browning had five sacks and K'Vaughan Pope had two sacks. Ohio State may have issues defensively out of the gate with so many new faces, but the offense is stacked and they’re still the team to beat in the Big Ten. Of course, a lot of that has to do with Fields at the quarterback position.

It's going to be interesting to see how these teams look considering neither side has played football in what feels like forever. Ohio State is obviously the better and more talented team here, and they blew the doors off the Cornhuskers in the last meeting. However, Ohio State is replacing a ton of production on the defensive side of the ball and we're seeing defenses struggle both in college and the NFL with limited reps in practice or a preseason. The Buckeyes may have even more issues with so many new faces. Say what you want about Nebraska, but the offensive playmakers are there and Martinez is a dual threat quarterback who can give defenses fits when he's not being sloppy with the ball.

This is a lot of points. I'll take a shot with Nebraska.