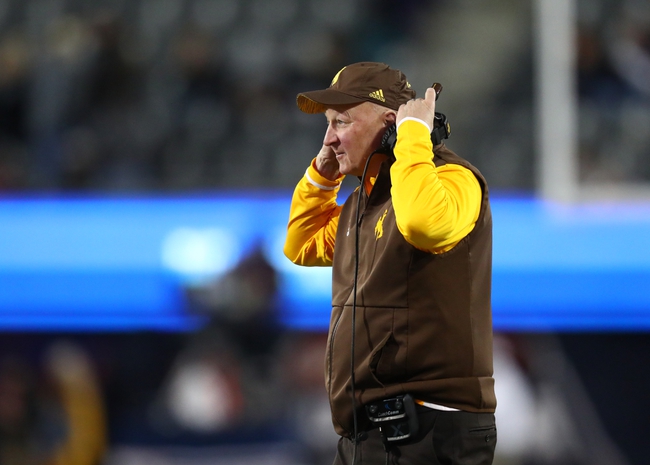 This will be the first game of the 2020 season for both Wyoming and Nevada. The Cowboys are coming off an 8-5 finish last year, bagging an Arizona Bowl win over Georgia State. As for the Wolf Pack, they went 7-6 last year. Nevada’s season ended in the Famous Idaho Potato Bowl with a loss to Ohio. Check back all season long for free college football picks at Sports Chat Place.

Wyoming had a pretty successful overall campaign in 2019, finishing in fourth place in a tough Mountain Division. The Cowboys were 8-5 overall and 4-4 in the conference, but really didn’t have a chance at catching Boise State or Air Force. The Cowboys were competitive in their losses as well, with just one (Air Force) coming by more than five points.

This season Wyoming head coach Craig Bohl returns to the sideline along with offensive coordinator Brent Vigen. Both guys are in their seventh seasons. The Cowboys get a new look on defense in 2020, as Jay Sawvel will step in for his first year as defensive coordinator.

Over on the Nevada side, they missed out on a chance to top the division with a 4-4 Mountain West finish. The Wolf Pack finished behind both Hawaii and San Diego State in the standings at 5-3, but did beat San Diego State in the head-to-head meeting. Nevada’s year ended on a pair of losses 33-30 (OT) to UNLV and 30-21 to Ohio in the Famous Idaho Potato Bowl.

This year, Nevada head coach Jay Norvell and offensive coordinator Matt Mumme return to the sideline in their fourth seasons with the team. The Wolf Pack will also have a new face at defensive coordinator. Brian Ward joins up after a four-year stint as DC at Syracuse.

PICK: I’m going to stick with Wyoming. Granted, it’s difficult to tell what these teams are going to look like until we see the 2020 on-field product. That said, Wyoming is a trendy pick to finish in the top 4-5 in the Mountain West rankings. If the Cowboys can gel under new DC Sawvel, they should have enough returning offense to be competitive in the vast majority of games this year. It should be interesting to see how both teams fare in this one.