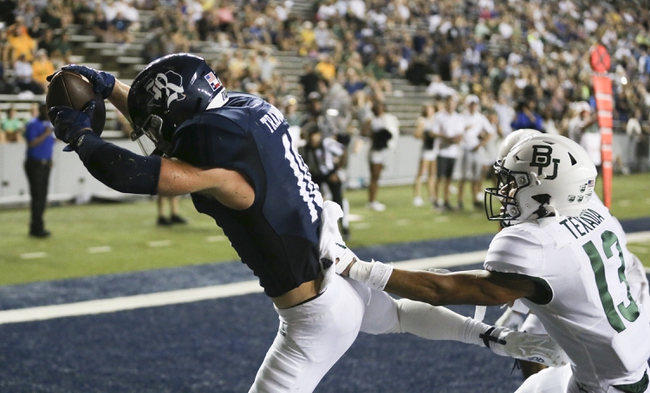 The Rice Owls will make their season debut in this contest and are coming off a three-win season. The Rice Owls have lost six of their last seven home games. Wiley Green returns at quarterback after throwing for 787 yards and four touchdowns last season. Rice has a wide receiver duo in Bradley Rozner and Austin Trammell that combined for nearly 1,500 yards and nine touchdowns. Rice will have to find a reliable running back to carry the load, as they lost their two leading rushers from last year. Defensively, Rice returns its leading tackler in linebacker Blaze Alldredge, Ikenna Enechukwu returns after 1.5 sacks and safety Naeem Smith had two interceptions. Rice will have to improve on the offensive side of the ball if this season is going to be different, but the defense should lead the charge early on this season.

This is a lot of respect for a Rice team that wasn't good last season and will make its season debut in this contest, which pretty much guarantees rust with so much time off the field. The Middle Tennessee Blue Raiders have a big advantage with six games under their belt and the offensive production has picked up over their last four contests. With that said, Middle Tennessee hasn't shown much on the defensive side up to this point and just got destroyed by North Texas at home, allowing over 700 total yards and giving up double-digit points in each of their last three quarters. If there was ever a game for Rice to open up with, it would probably be this one.

We're not used to seeing Rice in the favorite role, but this is a game the Owls should be able to handle.