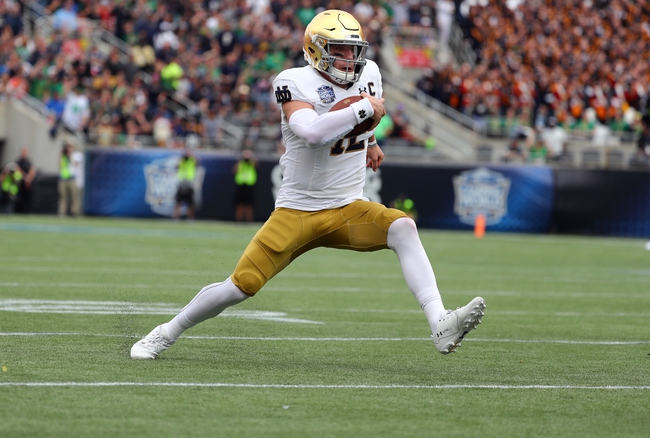 Notre Dame is 4-0 so far this season. The Fighting Irish have taken out Duke, South Florida, Florida State and Louisville in succession over their first quartet of outings. As for the Panthers, they’re 3-3 this year. Pitt won their first three games but have fallen in their last three straight to NC State, Boston College and Miami. Check back all season long for free college football picks at Sports Chat Place.

Notre Dame hasn’t had a lot of trouble coming out of the gate this season. The Irish’s first three wins were sizable: 27-13 over Duke, 52-0 over South Florida and 42-26 against Florida State. The Louisville matchup last weekend was tricky but Notre Dame escaped with a win 12-7.

In the win over the Cardinals, Notre Dame quarterback Ian Book put up 106 yards on 11-of-19 passing, while Karen Williams led the rush on 25 carries for 127 yards. Book also rushed 12 times for 47 yards and a decisive score that helped push the Irish over the top.

Over on the Pittsburgh side, things started out great this season with three straight wins over Austin Peay, Syracuse and Louisville. The Panthers have lost three tough games since then, falling 30-29 to NC State, 31-30 (OT) to Boston College and 31-19 to Miami.

In the loss to the Hurricanes, Pittsburgh quarterback Joey Yellen posted 277 yards and a TD, while Jordan Addison had a nice day receiving on eight grabs for 147 yards. The Panthers rush was tepid in that defeat, with Toddy Sibley leading on 23 yards from four carries.

PICK: I’m going to go with Pittsburgh here. Overall, the Panthers have been scoring pretty well during their first half-dozen games. Pitt has at least 19 points in every outing, and 29 or more in three of six. I don’t think Pitt has enough offensive firepower to keep up with Notre Dame the entire game, but if the Panthers can stop the Irish run and keep the scoreboard manageable I think they can crack the spread. 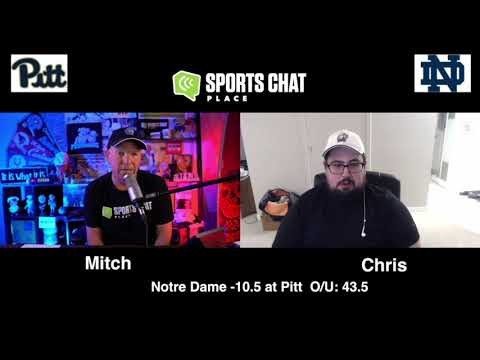