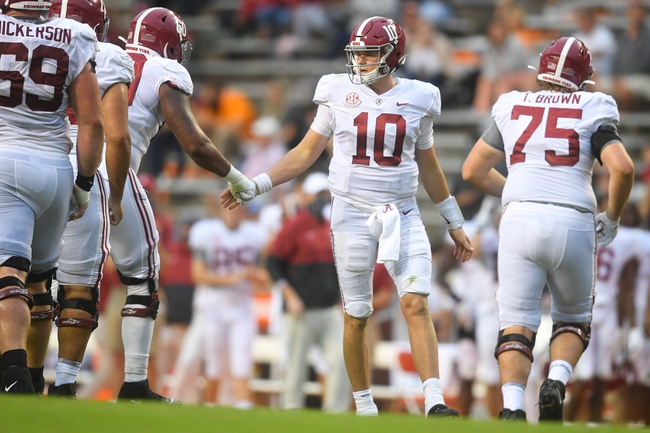 Mississippi State is 1-3 so far this year. After opening with a win over LSU, the Bulldogs have fallen in their last trio versus Arkansas, Kentucky and Texas A&M. As for Alabama, they’re rolling along at 5-0. The Tide have managed wins over Missouri, Texas A&M, Mississippi, Georgia and Tennessee so far. Check back all season long for free college football picks at Sports Chat Place.

Mississippi State came out of the gate strong this season with a nice 44-34 win over LSU, but it’s been downhill from there. The Bulldogs have fallen 21-14 to Arkansas, 24-2 to Kentucky and 28-14 to Texas A&M since, and haven’t been able to do much damage on the scoreboard.

In the loss to Texas A&M, Mississippi State quarterback KJ Costello posted 99 yards with an interception, and Will Rogers had 120 yards and a TD. Jo’quavious Marks managed 25 yards on seven carries, and Malik Heath had five catches for 57 yards and a score to lead the team there.

Over on the Alabama side, there’s not a lot to complain about this season, especially when it comes to scoring. The Crimson Tide have posted 38 points or more in every game so far, and at least 48 in three of five. The latest big Alabama win came last weekend 48-17 over Tennessee.

In the victory over the Volunteers, Alabama quarterback Mac Jones put up 387 yards on 25-of-31 passing. John Metchie had seven catches for 151 yards, but Najee Harris did most of the heavy lifting with 20 carries for 96 yards and three touchdowns.

PICK: I’m going to stick with Alabama. This game seems like a pretty ugly mismatch, and on paper it is. Alabama hasn’t had much difficulty in doing whatever they want on offense this season, as evidenced by their 587 total yards in the win over Tennessee. Mississippi State has been spinning their wheels on that side of the ball all year and I don’t think they’ll get anywhere close on the scoreboard in this game. 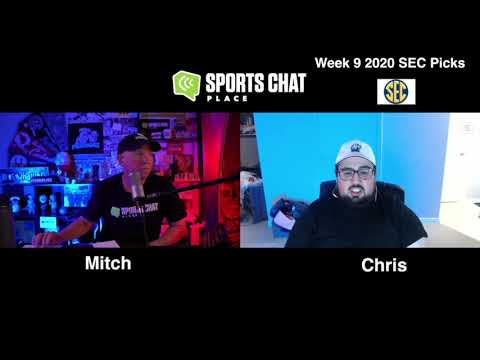