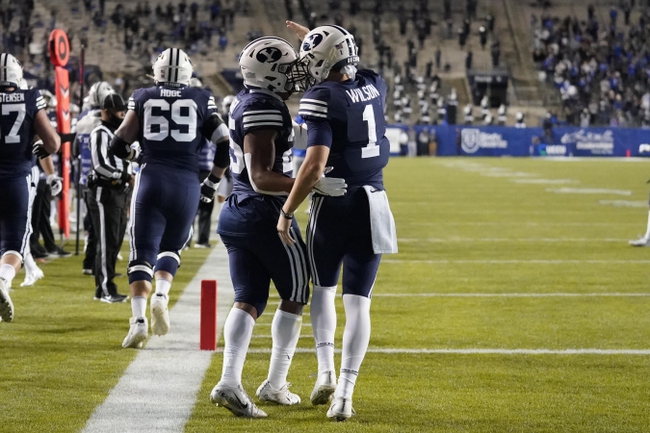 The BYU Cougars look to keep the ball rolling while improving to an impressive 7-0 record. The BYU Cougars have won seven straight home games. Zach Wilson is completing 78.3 percent of his passes for 1,928 yards, 16 touchdowns and one interception. Wilson has 10 touchdown passes in his last three games. Dax Milne and Gunner Romney have combined for 1,095 receiving yards and seven touchdowns while Neil Pau'u has 19 receptions. The BYU Cougars ground game is averaging 194 yards per contest, and Tyler Allgeier leads the way with 492 yards and six touchdowns. Defensively, BYU is allowing 14 points and 284.5 yards per game. Isaiah Kaufusi leads the BYU Cougars with 37 tackles, Tyler Batty has four sacks and Troy Warner has two interceptions.

The Western Kentucky Hilltoppers have gotten beat up whenever playing decent competition and their two victories this season have been decided by a combined six points. WKU don't have a lot of offensive firepower and they're currently 90th in points per game. The BYU Cougars haven't had the toughest schedule up to this point, but they look like one of the most balanced teams in college football, as they're firing on all cylinders and are 5-1 ATS on the season as well. This is a massive spread, but I'm not trying to step in front of BYU right now, especially when running into a team like WKU that can't move the ball.

It's BYU in a beatdown or pass for me.