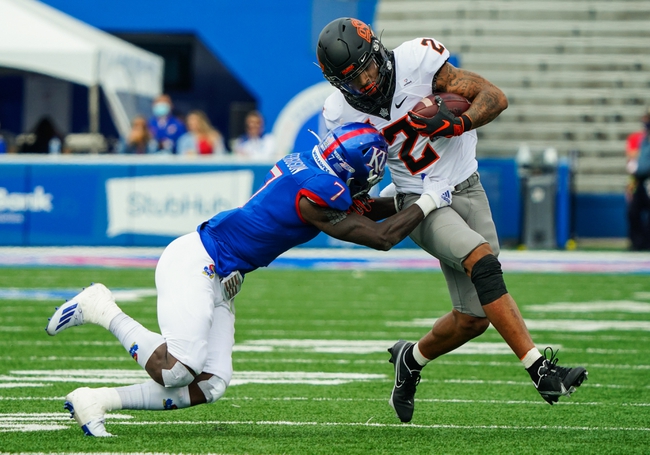 The Texas Longhorns come into this one looking to build on a 27-16 win over Baylor last time out. Sam Ehlinger has thrown for 1,481 yards, 17 touchdowns and 5 interceptions on 61.6% passing while also leading the Longhorns in rushing with 293 rushing yards and 7 TDs. Keaontay Ingram has rushed for 245 yards while Roschon Johnson and Bijan Robinson each have 100+ rushing yards. Joshua Moore leads Texas with 21 catches for 328 yards and 6 touchdowns while Brennan Eagles and Tarik Black each have 188 receiving yards with Eagles logging 12 catches and 3 touchdown grabs. Texas has another four 100+ yards receivers as well on the team this season. Defensively, Joseph Ossai leads Texas with 33 total tackles while B.J. Foster has 30 total tackles with 15 solo tackles and Chris Brown has a team-high 19 solo tackles this season.

The Oklahoma State Cowboys will look to build on their 4-0 record including their 3-0 mark in conference play after a 24-21 win over Iowa State last time out. Shane Illingworth has thrown for 483 yards, 3 touchdowns and an interception on 73.5% passing while Spencer Sanders has 258 passing yards, a touchdown and 2 picks on 71% passing. Chuba Hubbard has 478 rushing yards and 5 touchdowns while J.D Brown has 229 rushing yards for OK State this season. Tylan Wallace leads the Cowboys in receiving with 24 catches for 401 yards while BRaydon Johnson has 102 receiving yards and Dillon Stoner has 11 catches. Defensively, Tre Sterling leads Oklahoma State with 28 total tackles, including 22 solo tackles while Calvin Bundage has a team-high 3.5 sacks and Kolby Harvell-Peel has a pair of interceptions this season. Trace Ford also has 3 sacks for Oklahoma State on the year.

This is one of the toughest games on the entire board as Texas is going to be the best offense that Oklahoma State’s faced yet and the Cowboys are going to be the toughest defense that Texas has played so far. The number also seem right on as three of the last five meetings were decided by a field goal. The difference for me is that Texas has been brutal ATS this season, going 0-3-1 ATS this year while Oklahoma State’s covered in three straight. Also, Oklahoma State has the more impressive wins over Iowa State and West Virginia compared to Texas’ wins over Texas Tech (a game I still think they should’ve lost) and a Baylor team that’s struggling to score this year. I’ll lay the field goal with Oklahoma State in this one. 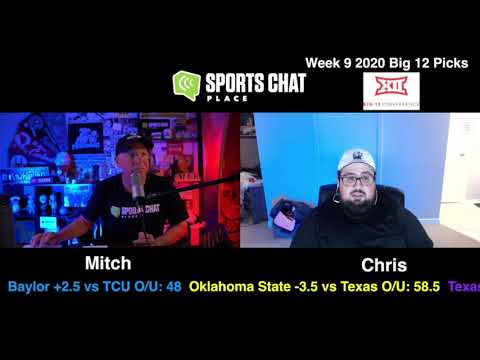