The Western Michigan Broncos and the Akron Zips get their 2020 CFB season started as they meet in college football MAC-tion from InfoCision Stadium on Wednesday night.

The Western Michigan Broncos come into the 2020 season looking to build on another winning campaign under Tim Lester, finishing with a 7-6 record overall, including 5-3 in MAC conference play, culminating with a 23-20 loss to Western Kentucky in the First Responder Bowl. Lester’s Broncos will hope for another winning campaign to continue the winning tradition started by P.J. Fleck before he left for Minnesota, a tradition that Lester’s carried over in each of his three seasons in charge of WMU. The offense took a couple of major hits, losing starting QB Jon Wassink as well as starting running back LeVante Bellamy who rushed for 1,472 yards and a whopping 23 touchdowns. Sean Tyler is back after emerging as a clear #2 back last season averaging almost six yards per carry with 5 TDs and the Broncos also have a couple of stud backs coming in as transfers with La’Darius Jefferson coming from Michigan State and Jaxson Kincaide in from Nevada. The Broncos also lose Giovanni Ricci who was an all-conference tight end last season and Keith Mixon who had 50 grabs for the Broncos, but Skyy Moore returns after putting up 51 catches for 802 yards and 3 TDs last year. Defensively, WMU has to be better after struggling against defending the pass, allowing 182 rushing yards and with an inconsistent offense, it seemed like the defense was always on the field. Ali Fayad is back to lead the charge after putting up 6.5 sacks and 15 tackles for a loss. Treshaun Hayward is back at middle linebacker and Zaire Barnes is on the outside after WMU lost main man Drake Spears for this season. AJ Thomas and Patrick Lupro are back to lead the WMU secondary while the Broncos also brought in Pitt transfer Therran Coleman to headman a young secondary in Kalamazoo.

The Akron Zips hope to bounce back from a forgettable start to the Tom Arth era at the helm of the head coach position in the Akron program, finishing 0-12 with an 0-8 mark in conference play and extending Akron’s losing streak to 17 games coming into this season. It all starts with senior QB Kato Nelson, who has to be better at using his arm as it’s part of the deal when you decide to be a QB, even as a dual-threat QB. But in Nelson’s defense, the Zips have to be better at protecting him, as the Zips were last in FBS last season in sacks allowed and 3rd last in tackles for a loss allowed as well. The Zips will also be looking to rebound from a season where the offense was held to seven points or less seven times, scored 20 or more just three times and never broke 30 points. The ground attack wasn’t very good either, with Brandon Lee leading the team with 179 rushing yards as part of a ground group that had just two touchdowns last season. The receiving corps is completely in tact though so if there’s any plus it’s that. Defensively, the Zips lose five of the top eight tacklers, but the Zips have to get a bigger push in the pass rush. DeMarkus Glover and Bubba Arsianias are on the outside in the linebacking group that will have to replace John Lako, who was all-MAC last season. Randy Cochran also returns to lead Akron’s secondary, but four DBs from last season are gone to the transfer portal, but even in subtraction, the secondary should be one of the stronger units for Akron.

The Broncos have a ton of question marks coming into the season, like not having the comfort of knowing that they have a reliable starting QB or a true #1 running back. However, even with experience and returning players, nothing went right for Akron, and it’s not that they could help it, Akron simply wasn’t good enough. Against fellow MAC East teams last year, Akron lost all five games by a combined margin of 154-29. And COVID pretty much wiped out the three opportunities that Akron would have for a win to start the year as games against an FCS team, UMass and New Mexico State are winnable, even for Akron. I just think even with so much uncertainty, Western Michigan is better than anything Akron brings to the table coming into this season. I’ll side with the Broncos for the win and cover to start the year in this one. 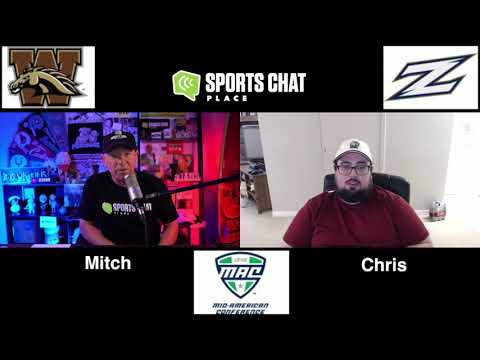