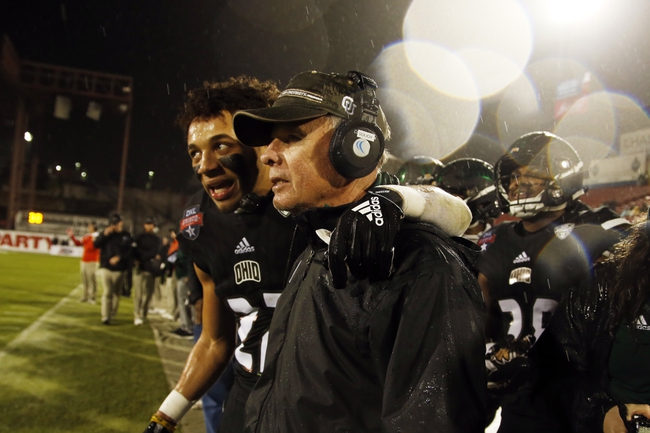 This will be the first game of the 2020 football season for both the Bobcats and the Chippewas. Ohio is coming off a 7-6 record last year and a 5-3 mark in Mid-American Conference play. As for Central Michigan, they went 8-6 last season and 6-2 in the MAC. Check back all season long for free college football picks at Sports Chat Place.

The Bobcats had a pretty good season in 2019 despite getting edged out in the East Division by Miami-OH. Ohio went 5-3 in the conference and 7-6 overall, earning a trip to the Famous Idaho Potato Bowl where they took out Nevada 30-21. The Bobcats had a shaky start at 2-4 but were able to to win six of their final nine games.

This year, Ohio head coach Frank Solich takes the helm once again for his 16th season, and he’ll be joined by Tim Albin at offensive coordinator—also in his 16th year. On defense it’s Ron Collins (fourth year) and Pete Germano (second year) for the Bobcats.

Over on the Central Michigan side, they had a nice campaign in 2019 as well, but it ended on a couple of sour notes. The Chippewas were projected to finish last in the division but ended up winning it with a 6-2 conference mark. Central Michigan fell in the MAC Championship game to Miami-OH 26-21 however, then lost to San Diego State 48-11 in the New Mexico Bowl.

Head coach Jim McElwain steps back in for Central Michigan in 2020, and he’ll be joined by his crew of Charlie Fry as offensive coordinator and Robb Akey on defense. It’s the second season in those positions for that coaching group.

PICK: I’m going to stick with Ohio here. It’s difficult to know what to expect in these late-season opening games, but on paper this should be a fairly high-scoring affair. Ohio averaged 34.7 points per game last year, and Central Michigan averaged 30.9 per game. The Bobcats finished up the year with some nice offensive performances, posting 148 points across their final three games. I like Ohio to come out of the gate strong in what should be a fun game here. 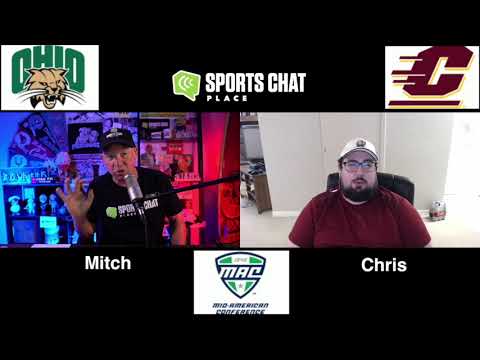