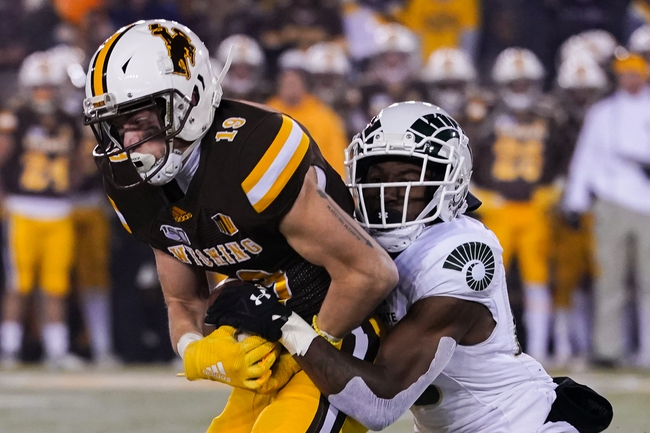 Both Wyoming and Colorado State have one game under their belts in 2020. The Cowboys fell in overtime to Nevada 37-34 last week. As for the Rams, they’re also 0-1 following a 38-17 loss to Fresno State last Thursday. Check back all season long for free college football picks at Sports Chat Place.

The Cowboys had a pretty solid campaign in 2019, finishing 8-5 overall and 4-4 in the Mountain West Conference. That finish left Wyoming in fourth place in a tough Mountain Division but earned a spot in the Arizona Bowl. The Cowboys took a nice victory over Georgia State in that one 38-17.

The Cowboys nearly mounted a great comeback in their opener versus Nevada but ultimately fell in OT 37-34. Wyoming quarterback Levi Williams put up 227 yards with a TD and an interception in that one, while also scoring twice on the ground. Xazavian Valladay carried 22 times for 87 yards and Isaiah Neyor led the receivers on three catches for 102 yards.

Over on the Colorado State side, they had a forgettable 2019, going 4-8 overall with a 3-5 mark in the Mountain West. That left the Rams one spot out of the basement in the Mountain Division and marked the end of head coach Mike Bobo’s tenure after a five-year record of 28-35.

The Rams couldn’t get much going in their opener versus Fresno State, falling 38-17. Colorado State QB Todd Centeio posted 141 years on 10-of-23 passing in that game, and also led the rush on 89 yards from 12 carries. Trey McBride had a nice day receiving for Colorado State with eight catches for 130 yards and a score.

PICK: I’m going to stick with Wyoming as the safer play here. Neither team really showed their best stuff in their respective openers however, so we should see less rust overall in game two. Wyoming fell behind early with just six points in the first half versus Nevada, but showed some scoreboard moxie with 28 points from there on out. I’m not thrilled about it, but I think the Cowboys can keep that momentum going in this one despite the game one loss. 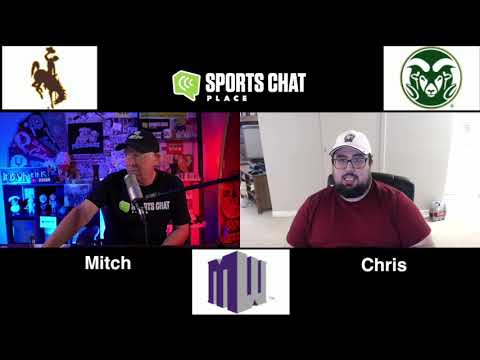