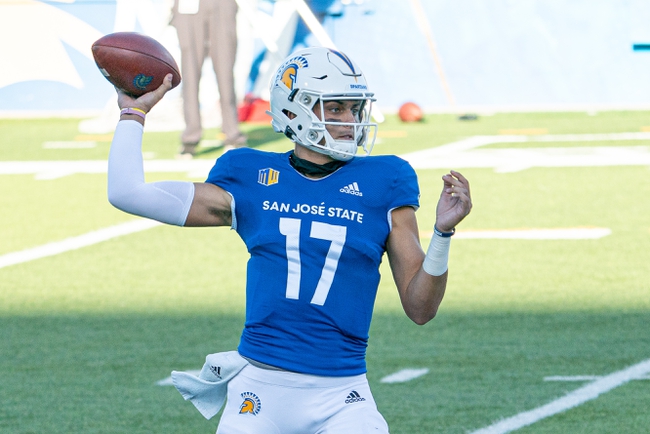 The San Jose State Spartans will try to build on a 2-0 start after a 35-21 win over New Mexico last time out. Nick Starkel has thrown for 693 yards, 7 touchdowns and an interception on 73.7% passing while Isaiah Hollness has a team-high 49 rushing yards through two games. Bailey Gaither leads the Spartans in receiving with 18 catches for 318 yards while Tre Walker has 145 receiving yards and a pair of touchdowns. Defensively, Kyle Harmon leads San Jose State with 28 total tackles including 15 solo tackles while Tre Jenkins has an interception and Cade Hall has 1.5 sacks.

The San Diego State Aztecs will look to build on their 2-0 start as well after a 38-7 win over Utah State last time out. Carson Baker leads the Aztecs by throwing for 300 yards and 3 touchdowns on 57.7% passing while Greg Bell leads San Diego State in rushing with 268 rushing yards and a pair of touchdowns and Chance Bell has 138 rushing yards with a team-high 3 scores. Jordan Byrd and Kaegun Williams each have 100+ rushing yards this season. Kobe Smith leads the Aztecs’ receiving group with 6 grabs for 64 yards and a touchdown this season. Defensively, Dwayne Johnson Jr. leads the Aztecs with 13 total tackles including 9 solo tackls while Caden McDonald has a team-high 2.5 sacks and Cedarious Barfield and Seyddrick Lakalaka each have an interception for SDSU this season.

My initial lean was towards San Diego State laying the points because of how well they've played defensively, but the fact is that Utah State and UNLV aren't imposing teams by any means and realistically the San Jose State offense looks much improved with Nick Starkel at quarterback. I think that there's a definite chance he keeps San Jose State in this game and the Spartans lose by a touchdown at most if not put a scare into the Aztecs and potentially win outright, so I'll take San Jose State and the points in this one. 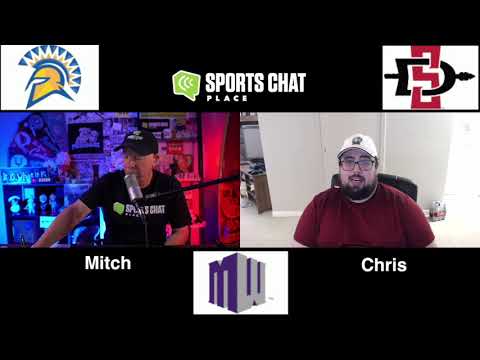