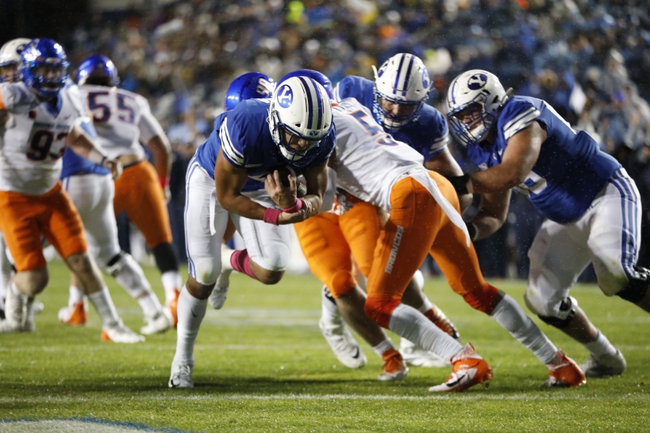 The BYU Cougars and the Boise State Broncos meet Friday in college football action from Albertsons Stadium in a game that could go a long way in determining who plays in a BCS Bowl game.

BYU is currently 7-0 on the season. Over the last three games the Cougars have beaten Houston, Texas State and Western Kentucky. As for Boise State, they’re 2-0 this year with wins over Utah State and Air Force. Check back all season long for free college football picks at Sports Chat Place.

In the win over the Hilltoppers, BYU quarterback Zach Wilson posted 224 yards with three touchdowns and one interception. Tyler Allgeier led the run with 95 yards and a score on 16 carries, while Dax Milne had 67 yards and a score on five receptions.
Over on the Boise State side, they’ve only got two games under their collective belt so far, but both have been successes. The Broncos managed a 42-13 win over Utah State in the opener, the beat Air Force 49-30 on Saturday.

In the win over Air Force, Boise State quarterback Jack Sears managed 280 yards with three touchdowns, and Andrew Van Buren logged 70 yards with two touchdowns on 12 carries. CT Thomas was the top receiver for the Broncos there with two catches for 101 yards and two touchdowns.

PICK: I’m going to stick with BYU here, but this one is very tight--hence the spread. BYU has really only had one “close” game, a 27-20 win over UTSA. Outside of that the Cougars have been steamrolling everyone, logging at least 41 points in each of the six other games. Boise State can score and should be able to hang around, but I think BYU can eke out a cover here. Should be a pretty high-scoring and entertaining game overall. 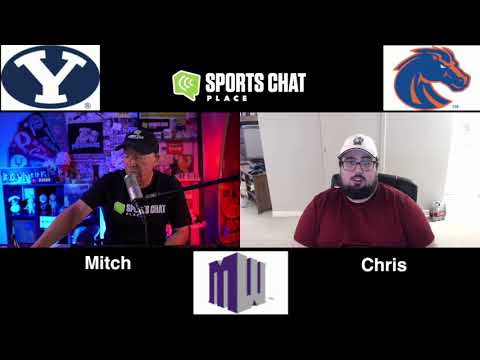