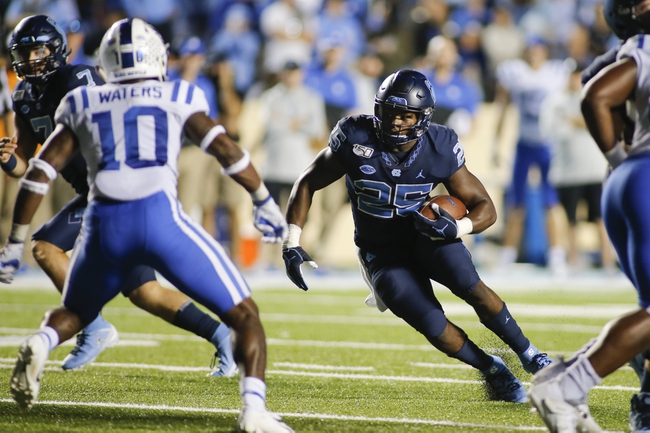 The North Carolina Tar Heels are still an explosive team that's topped 40 points in three of their last four games, but they've looked shaky overall these last couple of weeks, mainly on defense. Losing on the road last week to Virginia is a bad look for a Tar Heels squad looking to prove they're legit. The Duke Blue Devils are playing their best football of the season right now and are coming off a blowout win over Charlotte despite getting dominated in time of possession. UNC is the better team and should be favored, but Duke at home with a bunch of points in this heated rivalry is a tough spot to turn down.

I'll side with Duke and the points.