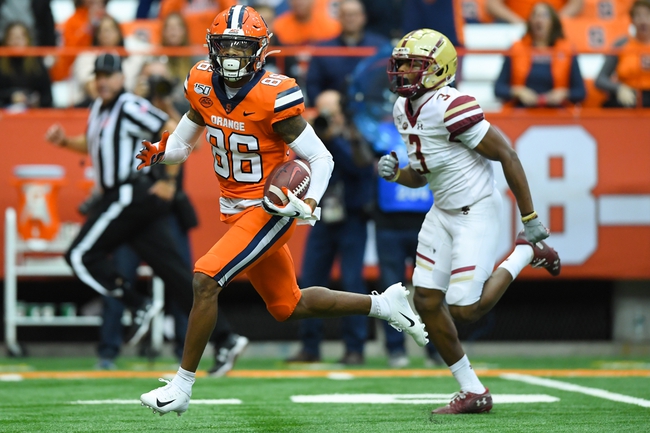 The Boston College Eagles visit the Syracuse Orange as they meet Saturday in week 10 ACC college football action at the Carrier Dome.

The Boston College Eagles nearly pulled off the upset of the college football season last week when they got off to a fast start against Clemson and actually had a 77.5 percent winning percentage when they had an 18-point lead late in the second quarter. While BC wasn't able to complete the task, it should give the Eagles confidence that they can play with anybody in the ACC. The Syracuse Orange are one of the worst teams in college football offensively and have a defense that can't stop the run. Syracuse has been a decent team to back in the underdog role in the past, but this appears to be a bad year for the Orange.

It's Boston College in a comfortable road victory or pass for me.