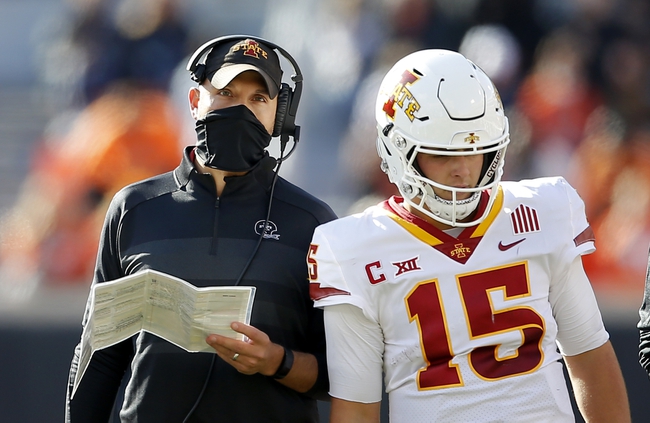 Baylor enters this one at 1-3 on the year. The Bears have lost three straight after an opener win, falling to West Virginia, Texas and TCU. As for the Cyclones, they’re 4-2 so far. Iowa State fell in a tough one to Oklahoma State on October 24, but bounced back with a win over Kansas last weekend. Check back all season long for free college football picks at Sports Chat Place.

Baylor came out of the gate strong against a pretty bad Kansas team, taking a 47-14 win. Since then it’s been three losses for the Bears: 27-21 versus West Virginia, 27-16 against Texas and 33-23 versus TCU.

In the loss to the Frogs, Baylor quarterback Charlie Brewer managed 203 yards with two touchdowns and an interception. Craig Williams added 82 yards and a score on the ground, and Ben Sims posted four catches for 40 yards and two scores.

Over on the Iowa State side, they’ve been rolling along pretty well since that 31-14 loss to Louisiana in the opener. The Cyclones have scored at least 21 in all five games since, and have only the 24-21 loss to Oklahoma State in the loss category. Iowa State managed a big 52-22 win over Kansas last weekend.

In the win over the Jayhawks, Iowa State quarterback Brock Purdy posted 239 yards with two touchdowns and an interception. Breece Hall managed 185 yards and two scores off 21 carries, and Xavier Hutchinson had 87 yards and a score off five grabs.

PICK: I’m going Iowa State here. Baylor played West Virginia pretty tough (an OT loss), but since then it’s been a pretty tepid showing for the Bears. Baylor has been outscored 60-39 over their last two games, and with Iowa State’s offensive capabilities it’ll be tough for the Bears to keep up. I like the Cyclones to keep it rolling with another big win in this one.