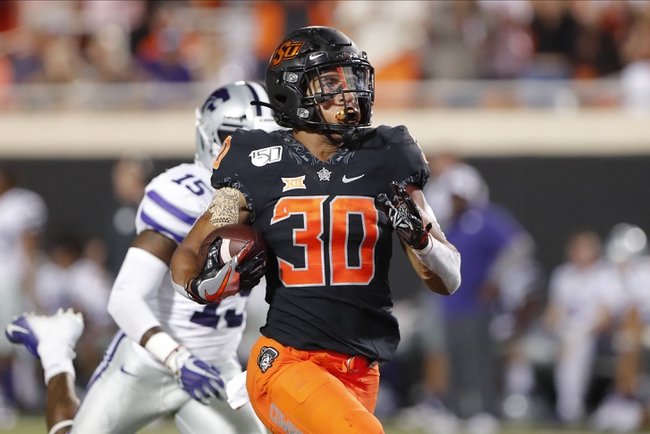 The Oklahoma State Cowboys are the more talented team here overall, but they showed some flaws last week in an overtime loss to Texas, and two of their four wins this season were decided by single digits. The Kansas State Wildcats got thumped last week against West Virginia, but they're still 4-2 on the season and are a scrappy bunch that finds ways to hang around most nights. We're not used to seeing Kansas State get blown out and the Wildcats have had their fair share of success against Oklahoma State.

Give me KSU and the points.