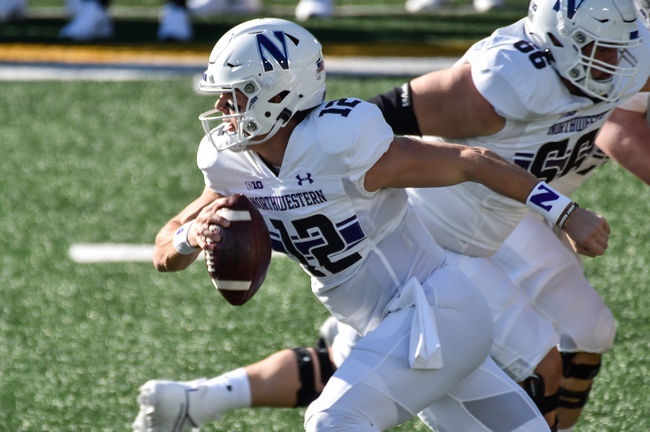 The Nebraska Cornhuskers come into this game still sitting on an 0-1 record after their game with Wisconsin was cancelled due to a COVID outbreak for the Badgers. The Huskers didn’t have a chance to bounce back from their opening 52-17 loss to Ohio State. In that game, Adrian Martinez threw for 105 yards on 12 of 15 passing while also rushing for 85 yards and a touchdown. Luke McCaffrey had 55 yards on 4 of 5 passing with 80 rushing yards, while Dedrick Mills rushed for 25 yards and a touchdown. Wan’Dale Robinson led Nebraska in receiving with 6 grabs for 49 yards while no other receiver had more than 2 catches in the loss. Defensively, Will Honas, Marquel Dismuke and Collin Miller each had 7 total tackles with Honas posting 6 solo tackles as well as a pair of sacks.

The Northwestern Wildcats will look to build on their 2-0 start to the year after a 21-20 win over Iowa on the road last time out. Peyton Ramsey has thrown for 342 yards, a touchdown and an interception on 70.8% passing while Isaiah Bowser has rushed for 155 yards and Drake Anderson has 104 yards with each logging a rushing touchdown this season. Ramaud Chiaokhlao-Bowman leads Northwestern with 9 catches for 86 yards while Kyric McGowan isn’t far behind with 7 grabs for 72 yards. Chris Bergin has a team-high 16 total tackles while Brandon Joseph has a pair of interceptions for the Wildcats’ D this season.

Nebraska comes in as the rested team and the Huskers dodged a bullet in my opinion as I think they’d be coming in banged up after a rough game against Wisconsin. With that said, Northwestern looks to be a program back on the rise and one that’s rebounded from last year’s disappointment of a season, and Peyton Ramsey is already thriving in this Wildcat offense. I didn’t think much of the win over Maryland, but going on the road and beating Iowa is something to take note of. I just think Northwestern’s playing the better football right now and with the low line, the Wildcats get my nod here. I’ll lay the points with Northwestern in this one.