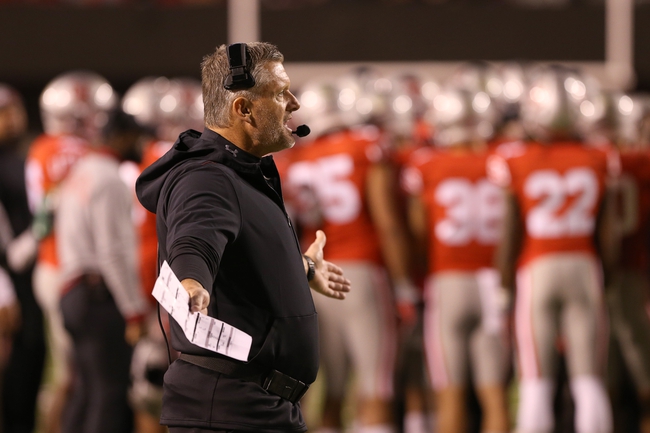 The Arizona Wildcats and the Utah Utes meet Saturday in college football action from Rice-Eccles Stadium.

This will be the first game of the 2020 college football season for both Arizona and Utah. The Wildcats went 4-8 last season, finishing 2-7 in the Pac-12 conference. As for Utah, they were 11-3 on the year with an 8-1 record in Pac-12 play. Check back all season long for free college football picks at Sports Chat Place.

Arizona had a forgettable campaign in 2019, and not much went right. The 2-7 Pac-12 record left the Wildcats in last place in the South Division, a whopping six games behind Utah in the top spot. Arizona came out of the gate strong at 4-1, but didn’t win a game afterward.

The Wildcats bring back head coach Kevin Sumlin for his third year at the helm. He’ll be joined by third-year offensive coordinator Noel Mazzone and new defensive coordinator Paul Rhoads. In 2020 Rhoads has a big job ahead in rebuilding Arizona’s porous defense.

Over on the Utah side, they fared much better in 2019, but their season ended in disappointment. The Utes went 11-3 overall and 8-1 in conference play, taking the South Division title. Utah fell in the Pac-12 Championship game to Oregon 37-15 however, and didn’t get any closer in the Alamo Bowl against Texas, falling 38-10 in that one.

Sixteenth-year head coach Kyle Whittingham will be on the Utah sideline this season, and he’ll try to help his team to a conference championship and/or a bowl win. Offensive coordinator Andy Ludwig comes in for his sixth overall season with the team, and Morgan Scalley handles defensive coordinator duties in his fifth season.

PICK: I’m going with Utah. This is obviously a difficult one to pick since we haven’t seen either team in action just yet—not to mention it being the potentially lopsided matchup of first and last place from the division last year. The Wildcats should be okay on offense once again, and if they can tighten up the defensive side they’ll win some games this year. On paper though, I still have to stick with the Utes as the better team.