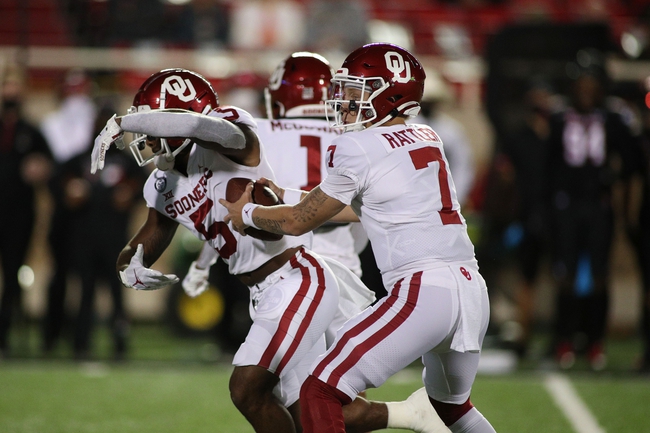 Kansas enters this one winless at 0-6 so far. The Jayhawks have lost to West Virginia, Kansas State and Iowa State in their last trio of games. As for the Sooners, they’re 4-2 this year. Oklahoma has won three straight versus Texas, TCU and Texas Tech. Check back all season long for free college football picks at Sports Chat Place.

Kansas hasn’t been able to find any kind of rhythm on either side of the ball this season, and they’ve been getting blown out in every game. The Jayhawks are hemorrhaging points on defense, coughing up at least 38 in all six outings so far. The most recent beatdown came courtesy of Iowa State 52-22 last weekend.

In the loss to Iowa State, Kansas quarterback Jason Daniels put up 165 yards with one interception, and also led the rushing attack on 36 yards with a score. Kwamie Lassiter was the leading receiver for the Jayhawks there with 66 yards on five catches.

Over on the Oklahoma side, they’ve had a couple of tough losses, but have been competitive and scoring well in every game so far. The Sooners dropped to Kansas State 38-35 and Iowa State 37-30 but since have won three straight. Oklahoma’s latest win came big, 62-28 over Texas Tech last weekend.

In the win over Texas Tech, Oklahoma quarterback Spencer Rattler managed 288 yards with two touchdowns, while Theo Wease had 105 yards off five catches. Rhamondre Stevenson did most of the rushing damage with 87 yards and three scores off 13 carries.

PICK: I’m going Oklahoma here. Granted, the spread is going to be pretty thick just about everywhere, as this is the most lopsided of matchups on paper. Kansas hasn’t scored more than 23 points in any game, and they’ve been held to 17 or below in four games. There’s plenty of room for Oklahoma to stretch their legs in this one, and even with the big spreads I like the Sooners to take control.