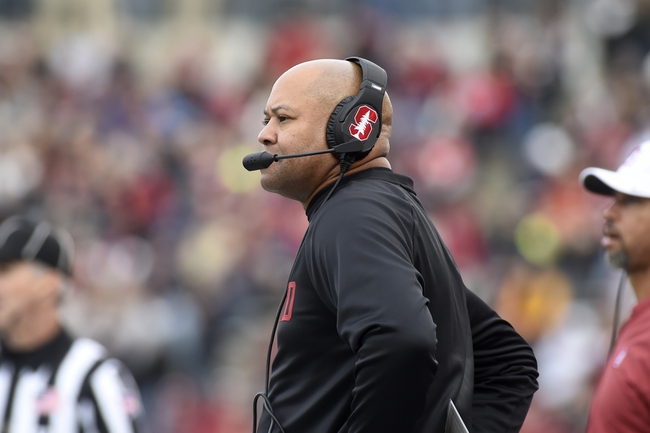 This will be the first game of the 2020 college football season for both Stanford and Oregon. The Cardinal went 4-8 overall last year and 3-6 in the Pac-12 Conference. As for Oregon, they finished 12-2 overall and 8-1 in the Pac-12 along with a conference championship and a Rose Bowl win. Check back all season long for free college football picks at Sports Chat Place.

Stanford had a forgettable campaign in 2019, needless to say. The Cardinal finished 3-6 in the conference, which left them in last place in the North Division. Stanford was 4-4 after their first eight games, but four consecutive losses buried their shot at a bowl game.

This year, Stanford brings back head coach David Shaw for his 10th season at the helm. Offensive coordinator Tavita Pritchard has been with the team for 11 years (three as OC) and defensive coordinator Lance Anderson has 14 years of experience with the Cardinal (seven as DC).

Over on the Oregon side, there’s not a whole lot to complain about when it comes to 2019. The Ducks fell in a tough 27-21 loss to Auburn in the opener, but a 31-28 loss at Arizona State was their only misstep the rest of the way. Oregon took out Utah 37-15 in the Pac-12 Championship game and eked out a thriller 28-27 versus Wisconsin in the Rose Bowl.

The Ducks will likely look different this season due to turnover and new faces on the coaching staff. Head coach Mario Cristobal is back for his third season in charge, and Andy Avalos is entering his second season as defensive coordinator. First-year offensive coordinator Joe Moorhead will attempt to guide Oregon into a new era on that side of the ball as well.

PICK: I’m going to stick with Oregon here. Granted, it’s impossible to know what the Ducks will look like until we see them on the field, but the team has a solid coaching staff and lots of options on the roster. Quarterback will be an interesting spot to watch with Oregon; they’ve got two solid names in Tyler Though and Anthony Brown. We could see both guys on the field this season. I like the Ducks to come out strong and make a statement in their first game of 2020.