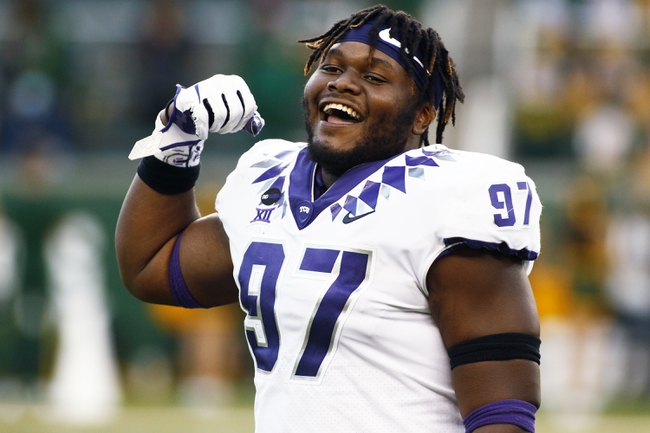 The Texas Tech Red Raiders and TCU Horned Frogs both look for a much needed win as they meet Saturday in Big 12 week 10 college football action at Amon G. Carter Stadium.

The Texas Tech Red Raiders have the offensive firepower to hang around in this game, but they've been getting blasted defensively this season and are a rough 2-4 against the spread on the season. The TCU Horned Frogs are a balanced football team statistically and possibly turned their season around last week with a solid road win over Baylor. TCU hasn't won at home in a while and you feel this team has the momentum need to finally end that drought. I just don't trust a Texas Tech team on the road that doesn't play defense and can allow a game to get away rather quickly.

I'll lay the chalk with TCU at home.