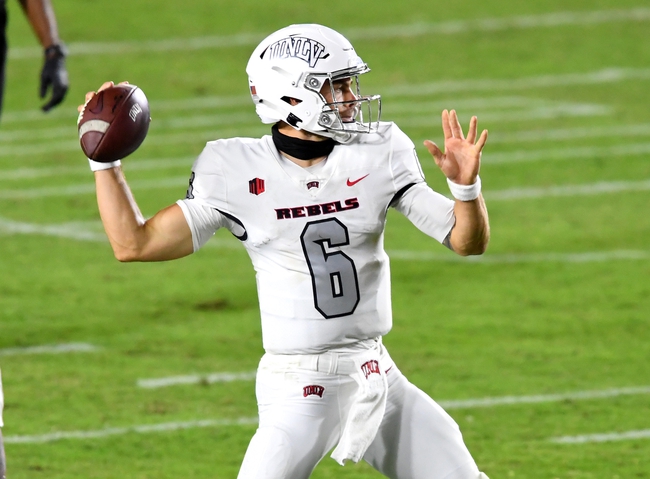 Fresno State comes in here at 1-1 on the year. The Bulldogs fell to Hawaii in the opener but then got a win over Colorado State last Thursday. As for UNLV, they’re 0-2 so far. The Rebels have fallen to San Diego State and Nevada in their first two games. Check back all season long for free college football picks at Sports Chat Place.

The Bulldogs had a shaky opener against Hawaii in what was ultimately a 34-19 loss. Fresno State was outscored in each of the last three quarters as the Warriors pulled away for a win. Bulldogs QB Jake Haener threw three interceptions on 17-of-31 passing in that one and Ronnie Rivers led the rush with 79 yards and a score.

The Bulldogs’ game against Colorado State went much better: a 38-17 victory. Haener looked like a different QB in that game with 311 yards and three touchdowns, and Rivers rushed for 95 yards and two scores on 23 carries. Keric Wheatfall added 87 yards on five receptions to lead the team there.

Over on the UNLV side, it’s been a rough season so far. The Rebels opened with a tough matchup against San Diego State and were dispatched 34-6. The scoring was a little better for UNLV in the Nevada game but the result was the same: a 37-19 defeat for the Rebels.

In the loss to Nevada, UNLV quarterback Max Gilliam posted 207 yards with two touchdowns, and Charles Williams had 19 carries for 99 yards. Tyleek Collins was the lead Rebels receiver were with 74 yards and a TD off five catches.

PICK: I’m going with Fresno here. UNLV is a better team than the first two games indicate, but it’s hard to ignore that 71-25 scoring disparity across that pair. The Rebels need to tighten the screws pretty much across the board. The Bulldogs have looked better, and posted a pretty well-rounded victory over the weekend. I think Fresno State has a good opportunity for a cover in this one, especially if they get off to a nice start offensively.