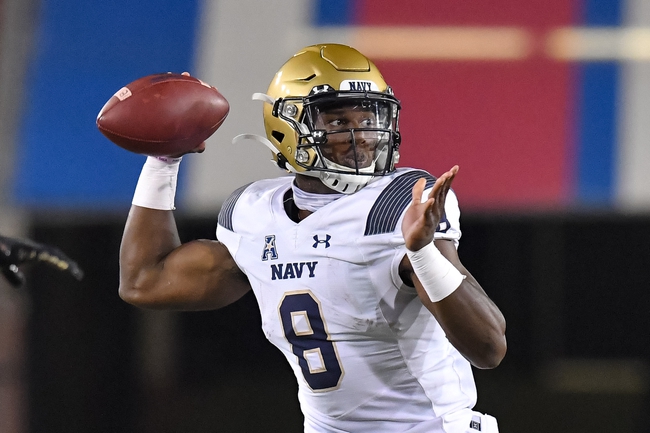 THis game has been postponed.

The Navy Midshipmen need a win here to get back to a .500 record. The Navy Midshipmen have won seven of their last nine home games. Dalen Morris is completing 53.4 percent of his passes for 555 yards, three touchdowns and two interceptions. Morris and Tyger Goslin have combined for six touchdown passes this season. Mychal Cooper and Ryan Mitchell have combined for 355 receiving yards and three touchdowns while Myles Fells has three receptions. The Navy Midshipmen ground game is averaging 187 yards per contest, and Nelson Smith leads the way with 447 yards and seven touchdowns. Defensively, Navy is allowing 37 points and 445.3 yards per game. Diego Fagot leads the Navy Midshipmen with 53 tackles, J'arius Warren has one sack and Evan Fochtman has one interception.

The Tulsa Golden Hurricane haven't played a ton of football up to this point, but they've looked good through four games, especially on defense, and they've covered three of their four contests. The Navy Midshipmen clearly aren't the same team from past years, as the running game isn't as efficient and that defense has been getting gashed. On paper Tulsa should be the favorite here, but this still feels like a lot of points to throw a well coached Navy team at home. Navy has also won five straight against Tulsa, including an outright win last year as 29-point underdogs.

Give me Navy and the points.