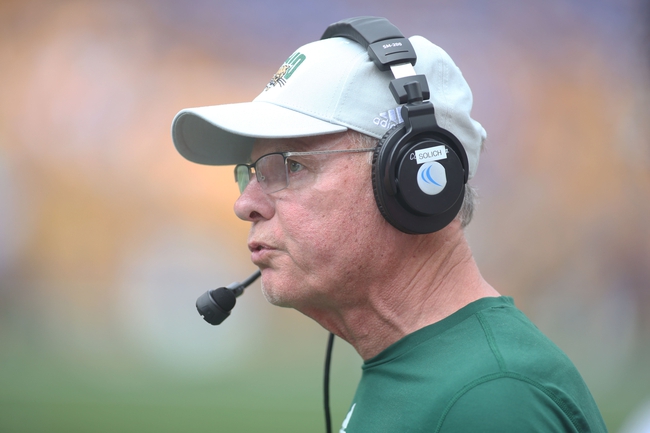 The Akron Zips and the Ohio Bobcats meet Tuesday in college football action from Peden Stadium as week 11 of the 2020 season gets underway.

Akron enters this game at 0-1 on the 2020 college football season. The Zips fell big to Western Michigan last week. As for Ohio, they’re 0-1 as well. The Bobcats took at tough loss to Central Michigan in their opener last Wednesday. Check back all season long for free college football picks at Sports Chat Place.

The Zips are coming out of an ugly 0-12 season in 2019, which obviously left the team in last place in the East Division of the Mid-American Conference. Akron’s first game of 2020 didn’t go so well either, as it ended up as a 58-13 loss to Western Michigan. The Zips were down 30-13 at halftime and didn’t score afterward.

In the loss to the Broncos, Akron quarterback Zach Gibson posted 125 yards with a touchdown and an interception, while Jeremiah Knight had 74 yards on 11 carries. Tops in receiving for the Zips was Michael Mathison with six catches for 44 yards.

Over on the Ohio side, they had a better outcome in 2019 with a 7-6 finish and a 5-3 mark in the MAC. That left the Bobcats in second place in the East Division of the MAC and earned the team a trip to the Famous Idaho Potato Bowl, where they beat Nevada 30-21. Ohio kicked things off in 2020 with a loss however, 30-27 to Central Michigan.

In the loss to the Chippewas, Ohio quarterback Kurtis Rourke put up 231 yards and two touchdowns, while De’Monte Tuggle had 79 yards and a score on the ground. Isiah Cox managed four catches for 102 yards and a touchdown to lead the Bobcats receivers.

PICK: I’m going Ohio. Akron seems to have picked up right where they left off in 2019, giving up an unanswered 28 points in the second half of their game versus Western Michigan. The Bobcats failed to get a win in their opener either, but at least were able to keep things competitive the whole way. I think both teams will look better here, but Ohio should still be in total control.