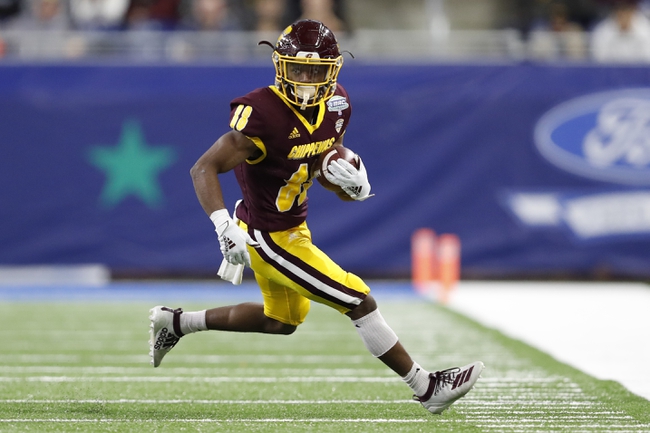 The Central Michigan Chippewas and the Northern Illinois Huskies meet in college football MAC-tion from Huskie Stadium on Wednesday night as both teams look to grab a win as part of their 6-game MAC schedule.

The Central Michigan Chippewas will look to build off of a 30-27 win over Ohio in their season opener to start their season on a high note. Daniel Richardson threw for 243 yards and a touchdown on 23 of 41 passing while also rushing for a touchdown as well. Kobe Lewis led CMU in rushing with 112 rushing yards and a pair of touchdowns on 28 carries while Kalil Pimpleton led the Chippewas in receiving with 5 catches for 65 yards and a touchdown. JaCorey Sullivan and Dallas Dixon each had 3 receptions and 40+ receiving yards this season. Defensively, George Douglas led the Chips with 9 total tackles including a team-high 8 solo tackles while Troy Hairston II had a team—high 3 sacks and Amir Siddiq had a pair of sacks as well in the winning effort.

The Northern Illinois Huskies will try to bounce back off after a 49-30 loss to Buffalo in their season-opening game last time out. Ross Bowers threw for 202 yards, a touchdown and an interception on 17 of 28 passing while Harrison Waylee led the Huskies with 66 rushing yards and Erin Collins had 49 rushing yards with a touchdown. Rodney Thompson and Andrew Haidet each had a rushing score as well while Tyrice Richie had 9 catches for a team-high 106 receiving yards. Trayvon Rudolph had 56 receiving yards while Cole Tucker added NIU’s lone receiving TD. Defensively, Nick Rattin led the Huskies with 10 total tackles while Jordan Hansen had an interception for NIU in the losing effort.

Central Michigan’s had all of the recent success between these two teams, but all of those games with Central Michigan in the underdog role, and this is the first time in a long time that the Chips will be favored in this game. With that said, NIU is an underdog for good reason as this is still an inexperienced team with 60+ freshmen on the roster that’s learning at game speed, and while mistakes will be learning experiences for this team and provide valuable experience, the fact is that those mistakes will cost NIU in the long run as well. That game against Buffalo wasn’t as close as the final score would indicate as Buffalo took a lot of the fourth quarter off and NIU scored a couple of window dresser touchdowns. I think Central Michigan improves to 2-0 with a 10-point win here, so I’ll lay the points with the Chippewas on the road here. 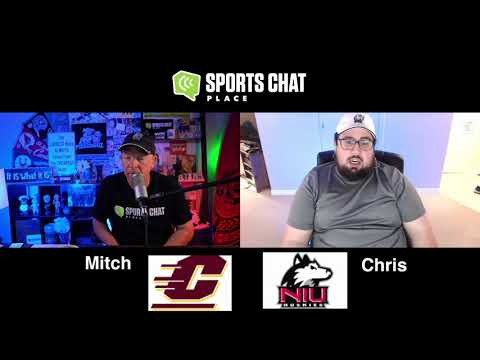