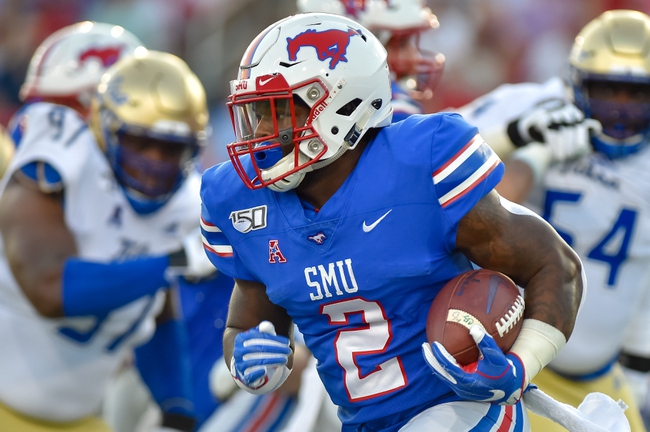 The SMU Mustangs look to remain unbeaten on the road while building on their 7-1 record. The SMU Mustangs have won eight of their last 11 road games. Shane Buechele is completing 66.5 percent of his passes for 2,581 yards, 20 touchdowns and three interceptions. Buechele has two or more touchdown passes in six of his last seven games. Rashee Rice and Kylen Granson have combined for 1,065 receiving yards and eight touchdowns while Reggie Roberson Jr. has 22 receptions. The SMU Mustangs ground game is averaging 193 yards per contest, and Ulysses Bentley IV leads the way with 774 yards and 10 touchdowns. Defensively, SMU is allowing 28.6 points and 409.3 yards per game. Delano Robinson leads the SMU Mustangs with 62 tackles, Elijah Chatman has three sacks and Brandon Crossley has three interceptions.

The SMU Mustangs have shown they can win on the road this season and are one of the more balanced offensive teams in college football, averaging over 500 yards and 40 points. The Tulsa Golden Hurricane have had issues playing a consistent schedule thanks to COVID-19, but they're riding a three-game winning streak and have covered three of their four games. SMU has had the larger sample size, is ranked and has the history of being a more dominant program, but it's hard not to be impressed with Tulsa when its actually played, and that includes beating a ranked UCF team on the road and taking Oklahoma State down to the wire. SMU and the points is intriguing, but it also feels like a trap a little bit.