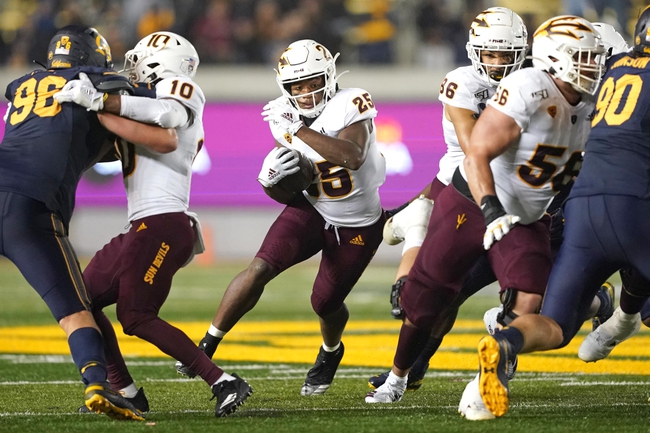 The California Golden Bears had their season opener against Washington canceled due to COVID-19 issues. The California Golden Bears have won four of their last six road games. Chase Garbers returns at quarterback after throwing for 1,700 yards and 14 touchdowns while completing 61 percent of his passes. Cal has its top receiver returning in Nikko Remigio, who had 513 receiving yards and three touchdowns, while the Golden Bears have their top rusher in Christopher Brown Jr., who had 914 yards and eight touchdowns. Defensively, Kuony Deng returns after 119 tackles last season, Cameron Goode led Cal with 9.5 sacks and Daniel Scott had one interception. Cal has some question marks at key positions and is a bit young in terms of its overall roster, but Garbers did show promise last year and he has his top playmakers returning. Cal could surprise and put a scare in a team or two in this short Pac-12 season.

The California Golden Bears have some potential on both sides of the ball and could surprise here and there, but it's hard to get a proper read on a team that hasn't played in nearly 12 months. It's also not easy playing the first game on the road against a team that's had a chance to knock the rust off. The Arizona State Sun Devils did a lot of things well last week against USC and should have won, so despite the loss, ASU should feel good about itself moving forward. If anything, the way Arizona State lost its opener should create an angry, focused team this week. This feels like a bad spot for Cal to open the season.

I'll lay the small chalk with the Sun Devils.