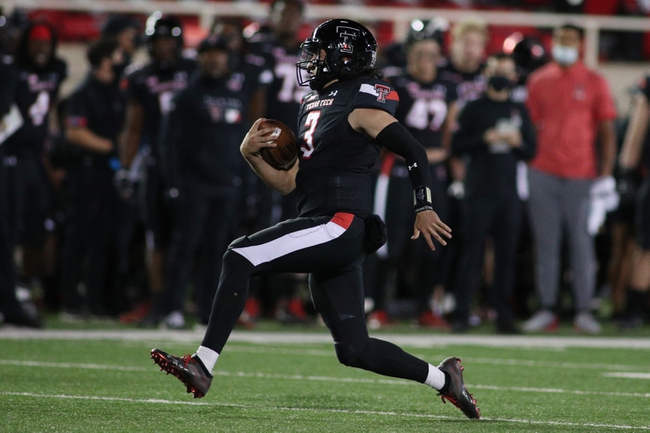 Baylor enters this game at 1-4 so far. The Bears have lost four games in a row, most recently to Iowa State this past weekend. As for Texas Tech, they’re currently 2-5 this season. The Raiders have lost consecutive games to Oklahoma and TCU. Check back all season long for free college football picks at Sports Chat Place.

Baylor opened up with a big 47-14 win over Kansas, but since then it’s been four straight losses to West Virginia, Texas, TCU and Iowa State. The Bears have been within 10 points in three of those four games, including 38-31 versus the Cyclones last weekend.

In the loss to Iowa State, Baylor quarterback Charlie Brewer managed 295 yards with three touchdowns and two interceptions. Brewer also led the rush on 29 yards off 10 carries, and RJ Sneed had six catches for 93 yards.

Over on the Texas Tech side, there’s not a lot to get excited about this season, as there have been some pretty ugly losses on the slate. In their last six games, the Raiders are 1-5 and each of their last four losses has come by 10 points or more. That includes an ugly 34-18 result versus TCU last weekend.

In the loss to the Frogs, Texas Tech quarterback Henry Colombi managed 234 yards with two touchdowns and an interception. Xavier White added 43 yards on six carries and Ja’Lynn Polk had 61 yards and a score off two catches.

PICK: I’m going Baylor I suppose, but I’m probably staying away from this one in reality. Neither team has been all that impressive so far, but Texas Tech is giving up a ton of points which should create some opportunities for the Bears. The Raiders have coughed up at least 27 points in every game so far, which makes it tough for their offense to keep up. If the Bears can get going early here I think they’re in line for a cover.