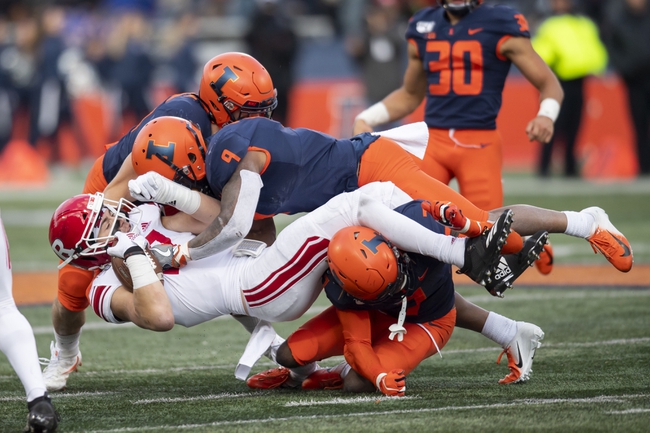 The Illinois Fighting Illini and Rutgers Scarlet Knights both look for a win as they meet Saturday in week 11 Big Ten college football action at SHI Stadium in Piscataway.

Through three games, Illinois is one of the worst teams in college football in terms of points allowed and scored per game. Defensively, Illinois is easily one of the worst teams in college football and has given up 30-plus points in five of its last seven games. Rutgers is coming off back-to-back losses, but it's expected when playing ranked Indiana and possibly the best team in the country in Ohio State. Rutgers is much improved from past years and plays with a lot more heart. Based on the small sample sizes of both teams, Rutgers should win and cover this number.

I'll take Rutgers by a touchdown.