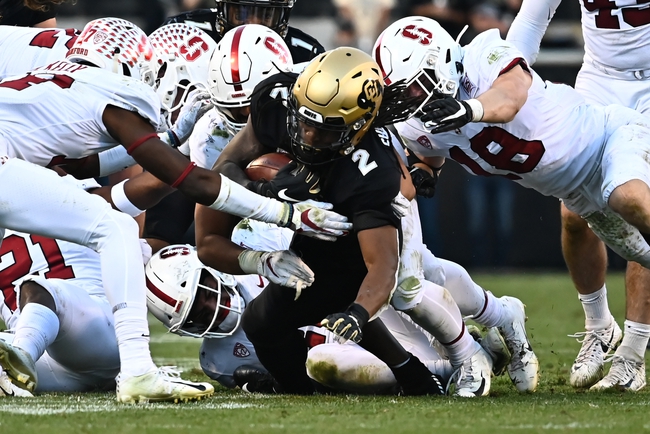 The Colorado Buffaloes visit the Stanford Cardinal as they face off on Saturday in week 11 Pac-12 college football action at Stanford Stadium Palo Alto.

The Stanford Cardinal lost to Oregon in their season opener and look to avoid their first 0-2 start since the 2006 season. The Stanford Cardinal have lost four of their last six home games. Jack West is completing 68.4 percent of his passes for 154 yards, zero touchdowns and zero interceptions. West and Tanner McKee have combined for 216 passing yards. Simi Fehoko and Brycen Tremayne have combined for 136 receiving yards on six catches while Michael Wilson has four receptions. The Stanford Cardinal ground game is averaging 197 yards per contest, and Austin Jones leads the way with 100 yards and two touchdowns. Defensively, Stanford is allowing 35 points and 496 yards per game. Curtis Robinson leads the Stanford Cardinal with six tackles, Levani Damuni has one interception and Zahran Manley has one pass deflection.

The Colorado Buffaloes looked great in their season opener and had no problem scoring against UCLA, which includes winning outright as a touchdown underdog. The Stanford Cardinal didn't have the easiest debut with a road contest against a top-15 Oregon team, but they also had major issues defensively and weren't a disciplined team with 100 yards in penalties. It's a small sample size and we'll know more about these teams as the season plays out, but I'm not sure how you leave a full touchdown plus the hook on the table with Colorado. Stanford isn't the team it was years ago and Colorado has been a program that's improved greatly over the last five seasons.

Give me the Colorado Buffaloes and the points.