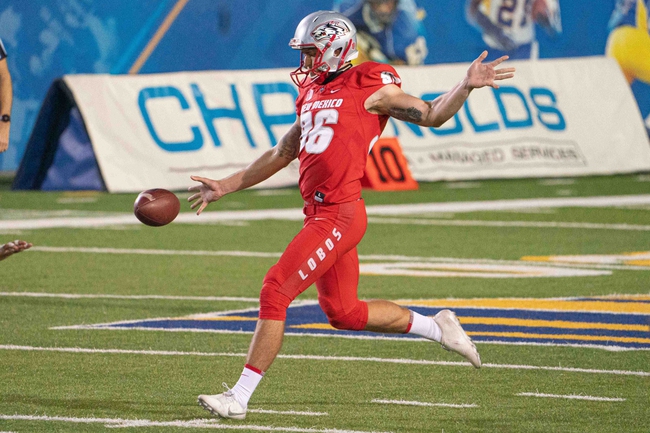 The Nevada Wolf Pack will look to build on their strong 3-0 start to the year after a 34-9 whooping of Utah State last time out. Carson Strong has thrown for 1,181 yards and 9 touchdowns on 73.3% passing while Toa Taua leads the Wolf Pack in rushing with 193 rushing yards and 2 TDs and Devonte Lee also has 139 rushing yards as well this season. Romeo Doubs leads Nevada’s receiving group with 26 catches for 473 yards and 5 scores while Cole Turner has 257 receiving yards and Justin Lockhart has 157 receiving yards as well this season. Defensively, Tyson Williams leads Nevada with 16 total tackles including a team-high 13 solo tackles.

The New Mexico Lobos will be looking for their first win after a 39-33 loss to Hawaii in their last game, falling to 0-2 on the year as a result. Tevaka Tuioti has thrown for 475 yards, 4 touchdowns and an interception on 56.1% passing while also leading New Mexico in rushing with 140 rushing yards and Bobby Cole also has 136 rushing yards as well this season. Jordan Kress leads New Mexico with 120 receiving yards and 2 touchdowns while Emmanuel Logan-Green has a team-high 13 catches this season. On defense, Tavian Combs leads New Mexico with a team-high 17 total tackles and 11 solo tackles while Jerrick Reed II has a team-high 2 interceptions this season.

I think it’s still important to not overreact as it’s still early in the Mountain West season, and while New Mexico has hung around with a pair of above-average teams in the conference, the fact it they’re still allowing 38.5 points per game in their two games and Nevada while not playing the world’s hardest schedule has looked really good early on this season. I just worry that once again New Mexico is going to have defensive issues and that they’ll be their undoing here as well. I’ll lay the points with Nevada as a result.