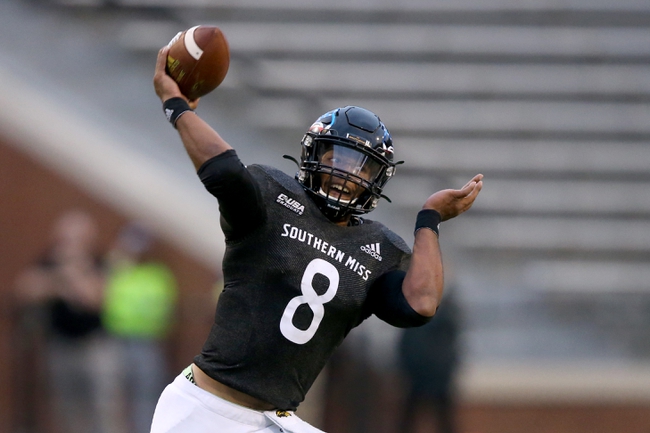 Southern Miss enters this one at 2-5 overall. The Eagles are 1-2 in their last three games with a win over North Alabama and losses to Liberty and Rice. As for Western Kentucky, they’re sitting at 2-6 this year. The Hilltoppers have lost their last two versus BYU and Florida Atlantic. Check back all season long for free college football picks at Sports Chat Place.

Southern Miss has had one close loss this season (31-30 versus LA Tech), and otherwise it’s been feast or famine for the team. The Eagles lost to Liberty 56-35 and Rice 30-6 before getting their second win of the season last weekend versus North Alabama 24-13.

Over on the Western Kentucky side, there’s not a lot to get excited about either. The Hilltoppers haven’t scored more than 24 points all season so it’s been difficult for the team to keep up with some of the better offenses they’ve faced. WKU is coming off another tough defeat, this one 10-6 versus Florida Atlantic.

PICK: I’m going to stick with Southern Miss, but there’s not a whole lot to like about this matchup. The Eagles have been permissive on defense to some of the higher-scoring offenses they’ve faced, so there will be some opportunities for WKU to post a few points in this one. That said, I don’t think the Hilltoppers offense has the gas to keep up throughout the course of the game, despite the team having a decent defensive unit. I say the Eagles eke out a cover in a pretty competitive outing.