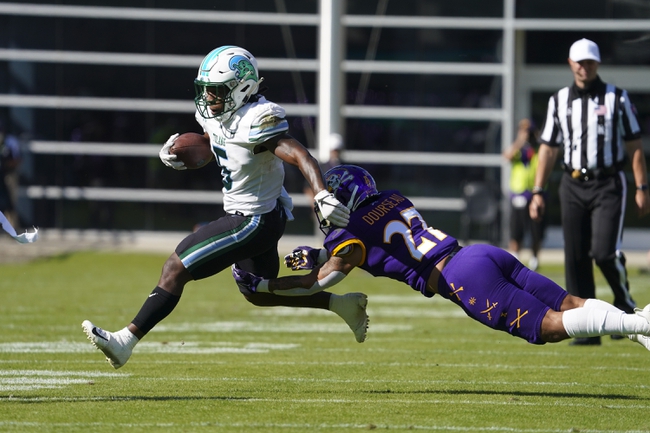 The Tulane Green Wave will look to build off of a 38-13 win over Army last time out to push their winning streak to three games and their overall record to 5-4 on the year. Michael Pratt has thrown for 1,308 yards, 14 touchdowns and 4 interceptions on 55.3% passing while Stephon Huderson leads the Green Wave with 548 rushing yards along with 3 touchdowns while Cameron Carroll has 542 rushing yards and 10 touchdowns. Duece Watts leads Tulane with 28 catches for 448 yards and 5 touchdowns while Jha’Quan Jackson has 25 catches for 298 yards and 5 scores. Phat Watts, Mykel Jones and Tyrick James each have 100+ receiving yards this season as well for Tulane. Defensively, Dorian Williams leads Tulane with 63 total tackles including 40 solo tackles and 3.5 sacks while Nick Anderson is right behind with 62 total tackles and 38 solo tackles and Chase Kuerschen has 59 total tackles with 45 solo tackles. Cameron Sample has 4 sacks and Patrick Johnson leads Tulane with 10 sacks this season. Macon Clark and Willie Langham each have a pair of interceptions for Tulane this year as well.

The Tulsa Golden Hurricane will try to build on their 4-1 record after picking up a 4th straight win in the form of a 28-24 win over SMU last time out. Zach Smith has thrown for 1,249 yards, 10 touchdowns and 6 interceptions on 61.5% passing while Deneric Prince has had 336 yards rushing with a pair of touchdowns and T.K Wilkerson has 291 rushing yards with 4 TDs. Keylon Stokes leads Tulsa with 28 grabs for 428 receiving yards while Josh Johnson has 25 receiving yards for 313 yards and a team-high 4 touchdowns and Sam Crawford Jr. and JuanCarlos Santana each have 200+ receiving yards for Tulsa this season. Defensively, Kendarin Ray leads the Golden Hurricane with 36 total tackles including a team-high 29 solo tackles while Zaven Collins has 4 sacks and a team-high 3 interceptions this season.

I think this is going to be the toughest test that Tulane’s faced in terms of an opposing defense this season, as the beating of Army may have been more about a lack of competition on Army’s side this season. Tulsa’s also locked down two of the better offensive teams in the conference in SMU and UCF this season, including the outright win over the Knights as 20.5-point underdogs. However, Tulsa’s also been in their fair share of close games and Tulane’s been one of the more consistent offensive units in the country. I think Tulane’s edge on offense is enough to at least bag a cover here and potentially put a scare into Tulsa for an outright win. Give me the Green Wave and the points in this one.