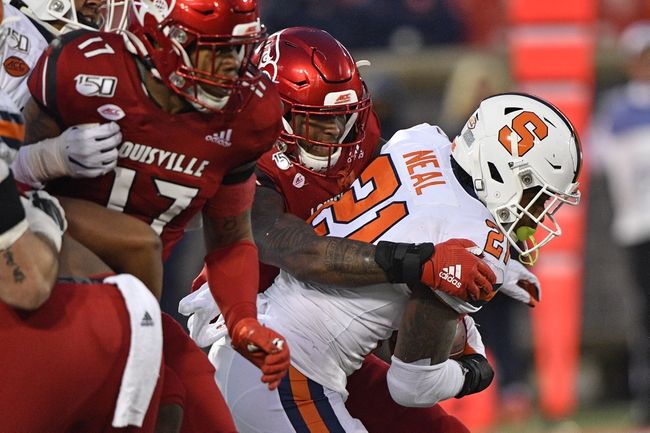 The Syracuse Orange visit the Louisville Cardinals as they meet Friday Night in week 12 ACC college football action at Cardinal Stadium in Louisville.

The Syracuse Orange have had an extra week to prepare for this game, and while they're piling up the losses and have no offense to speak of, they've found ways to hang around, including taking Boston College down to the wire their last time out. The Louisville Cardinals are better offensively, but their defense can't stop the run and they've given up 30-plus points in four of their last seven games. Louisville is the better football team here, but this is too much respect for the home team. The Louisville Cardinals have issues finishing games and they've covered just three of their last 13 games when favored of 14 or more points.

Give me the Syracuse Orange and the points.