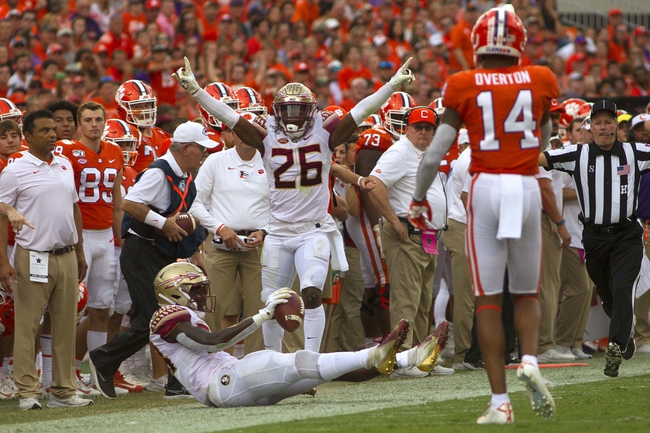 The Clemson Tigers should be angry after the Notre Dame loss, and they've had an extra week to prepare for this game while also working Trevor Lawrence back into the starting role. The Florida State Seminoles have fallen off like Big Mac toppings, as their defense is one of the worst in college football and the offense has no consistency while being ranked 92nd in passing yards. I'm not much of a chalk eater and I hate laying these massive numbers, but it's hard to make a case for Florida State, especially with Clemson as healthy as its been in weeks.

This game could get very ugly for the Noles.